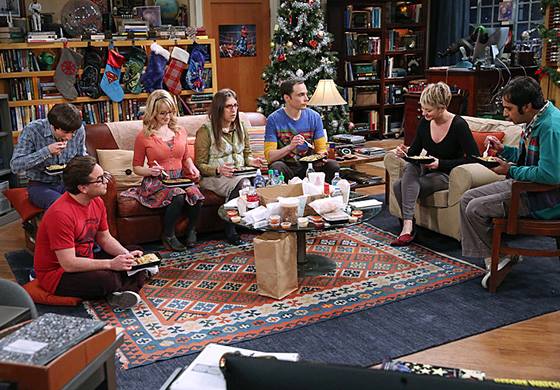 During the red carpet interview for CBS Fall Preview 2015, Kunal Nayyar who plays Raj Koothrappali teased that the cast agrees that there is a new vibe on the set and the upcoming season feels different from previous ones.

Users commented on the show’s official Facebook page that the theme of the show has really shifted from past few seasons with nerdy and quirky scenes to the story now focusing more on the relationship of the characters and how they deal with things like proposals, weddings and sexual intercourse.

Producers also revealed to Entertainment Weekly that, “The fate of the ring Sheldon held at the end of the episode and the fate of other rings will be revealed,” presumably alluding to the fate of Penny and Leonard’s elopement to Las Vegas.

The report added that some cast are returning to the show to reprise their roles such as Laurie Metcalf as Sheldon’s mother and Keith Carradine as Penny’s father. Metcalf and Carradine will appear in the premiere and episode three.

Talking to Fox News, the Jewish actress said that her recent trip to visit a friend in the Israel Defense Forces caused quite a stir on social media, “That’s what’s amazing…simply by going to Israel this summer and saying nothing more than, ‘I’ve gone to Israel,’ I got the same amount of hatred and threats and anti-Semitism for actually making a statement trying to support people whether I like it or not are serving in an army.

“I think in general it’s never going to be trendy to be observant or religious in Hollywood circles,” she continued.

Pointing out her neuroscience degree, when asked about how she can believe in faith and science at the same, “Being a scientist and a person of faith, people want to know how that is. It leads to a lot of interesting conversations that I welcome but a lot of people want to open up a conversation just to tell you, you’re wrong,” she answered.