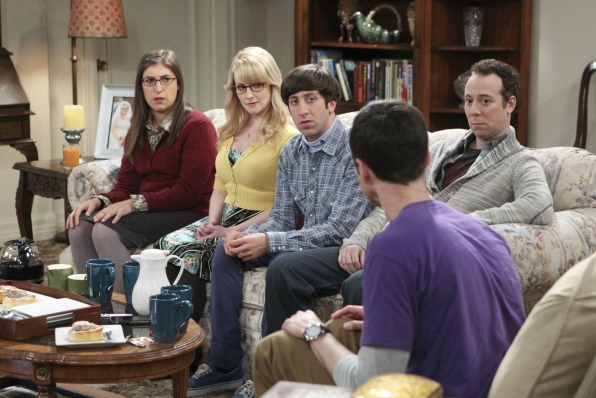 Relationship problems are the center of the story in the second episode of season 9 of Big Bang Theory, titled “The Separation Oscillation.”

In a recap of the episode by Comic Book, it is revealed that much of the episode was spent on the relationship problems faced by two couples in the series Leonard and Penny, and Amy and Sheldon.

Leonard and Penny are on the verge of breaking up after Penny found out in episode 1 that Leonard had a short fling with Mandy Chou, whom he met during an expedition in the North Sea. Penny tries several times to talk to Leonard to discuss their current problems, but the latter stonewalls every time.

As Penny tells Amy and Bernadette about her relationship problems, Amy suggests that she set aside her anger for the moment and not harshly judge Leonard for his brief moment of weakness. Bernadette, who already knew about Mandy but did not tell Penny, added that Leonard had always wanted to be with Penny even if he could have been with someone else.

In the meantime, Leonard confronts Mandy at the university. The confrontation revealed that Mandy has no recollection of their alleged fling. Mandy then tells Leonard that he might be trying to destroy his relationship with Mandy without knowing it.

Leonard and Penny eventually make up, with both of them acknowledging that their insecurities have been at the heart of the problem.

On the other hand, problems continue to worsen between Amy and Sheldon. After Amy refused to film his latest “Fun with Flags” episode with him, Sheldon goes ahead and records an episode alone. He says in the footage that Amy didn’t need to be with him in the episode, as everything she did for him he could do with his right hand.

Amy sees the episode and is further angered by what she perceives as an insult to her and their relationship problems. She demands that he take it down, but it turns out that making her mad was Sheldon’s way of getting back together with her.

Arrow season 4 synopsis: Hints on Oliver coming back; Diggle may...