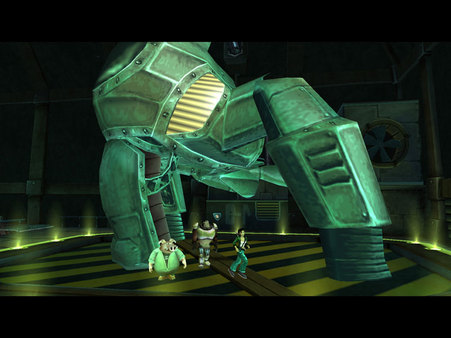 Ubisoft recently confirmed that their hit game “Beyond Good and Evil” will be having a sequel which is currently in pre-production.

According to Den of Geek, the publisher took to its Facebook page to reveal the good news and share that series creator Michael Ancel is working on another entry in the franchise. They posted a photo of characters from the first version and captioned it with, “If you’ve been waiting for news about BG&E… well, here you go! We are delighted to confirm that Michel Ancel is currently working with the Ubisoft Montpellier Studio on a new Beyond Good & Evil game.”

However, it remains to be seen if it will be a sequel to the original game which was first released 13 years ago, a prequel or something new for the fans.

During the past few weeks, Ancel has been teasing the new project. He first shared an image of what appears to be Pey’j, the adoptive pig father of heroine Jade. “Somewhere in system 4… Thanks Ubisoft for making this possible!” the description reads. The character can be seen as a baby riding on the shoulders of an unknown man who is said to resemble the Big Boss from “Metal Gear Solid” games. Speculations suggest that he could either be Jade’s father of grandfather.

The creator then followed it with another teaser featuring an anthropomorphic creature with a shark as its inspiration. “Ready for the fight ” independence #ubisoft day,” the caption reads.

Presumably, to indirectly answer gamers’ inquiries, he released a picture of a new character resembling a Rastafarian rhinoceros adorned with dreadlocks, sunglasses and a cap. The words of confirmation states, “Endangered species – now saved – Game in pre-production – Stay tuned!”

Predictions have it that in comparison to the first game that veered toward cartoonish illustrations, the upcoming characters seem to be more realistic. However, it remains to be seen when the new iteration will arrive on consoles.