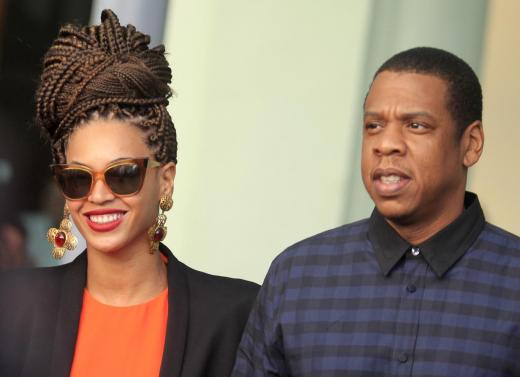 Fans of the superstar singer Beyonce are abuzz with rumors that she may be pregnant with her second baby with Jay Z.

Speculations began swirling that the pop star may be expecting again when she was photographed with he rhusband leaving Son of a Gun restaurant in West Hollywood recently. Fans suggested that she may be sporting an apparent baby bump as she walked out of the place wearing a large coat over her dress while her arms were folded on top of her stomach.

According to Hollywood Take, Beyonce also looked like she was pregnant in some of the photos from her daughter Blue Ivy’s fourth birthday party at a cake decorating studio wherein she donned a loose fitting gray sweater and said to be curvier than usual.

After her rehearsal at the University of Southern California, she was also seen to be covering up with a large green coat. Meanwhile in a recent shoot for an alleged music video in Downtown, Los Angeles, the 34-year old mother wore a baggy sweatshirt to cover her flowing gown. During the filming, onlookers also shared that she seemed to be holding her tummy a lot.

These lead to speculations that the singer may be announcing her pregnancy during her performance at the half-time show in Super Bowl 50. Fans may remember that she previously revealed the news of her first pregnancy during MTV’s Video Music Awards show in 2011 after performing her hit single “Love on Top.”

The power couple are said to be trying to have a second child for over a year now. An insider told US Weekly, “They [Beyonc and Jay Z] want to give Blue a sibling and not too far apart in age. She’s been trying to lighten her load a little, so if it happens she’s prepared work-wise.”

Neither Beyonce nor Jay Z have commented on the issue.

Avatar 2 news: Movie will take place underwater and premieres on...