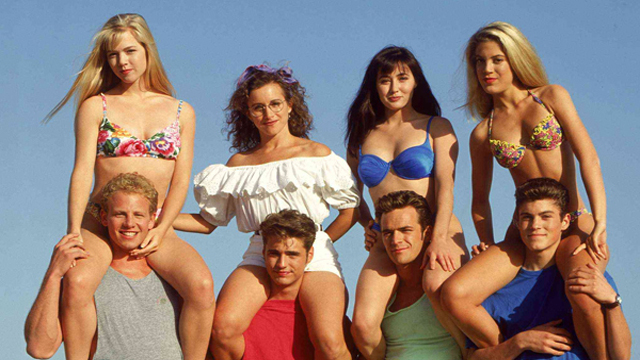 The popular TV series, ‘Beverly Hills, 90210,’ which is being adapted into a TV movie, will begin shooting next month in Vancouver.

According to Lifetime, the movie will be focusing on the first four seasons of the show which aired from 1990 to 2000. The movie will focus on the happenings behind the scenes, concentrating on what was happening among cast members and producers, both on and off-set,

The movie will also cover the many instances during which the show was nearly cancelled, along with the filming of its successful moments.

The movie will be directed by Vanessa Parise from June 30 to July 15. The movie is being dubbed as ‘The Unauthorized Beverly Hills 90210.’ And the script for the same is being developed by Jeff Roda.

The movie, which is supposed to be a biopic, will concentrate on the character Brenda Walsh, played by Shannon Doherty. No casting information has been announced so far, but the roles that will most likely be featured are the ones by Jason Priestley, Luke Perry, Jennie Garth, Tori Spelling and Ian Ziering.

The TV series, ‘Beverly Hills, 90210,’ which aired on Fox for 10 seasons, revolved around the lives of the high school students of the elite classes, living in Beverly Hills, California. The show mostly illustrated the relationships among the teens, their parents, and the friendships and romantic interests of the characters on the show.

Again, in 2008, the CW revived the show, based on popular request, bringing back the characters of Spelling and Doherty to reprise their roles, to star in the latest version of the show. The new version ran for around five seasons before ending in 2013.

The release date hasn’t been confirmed yet.

Motorola Droid Turbo 2 specs and features rumored to include shatterproof...