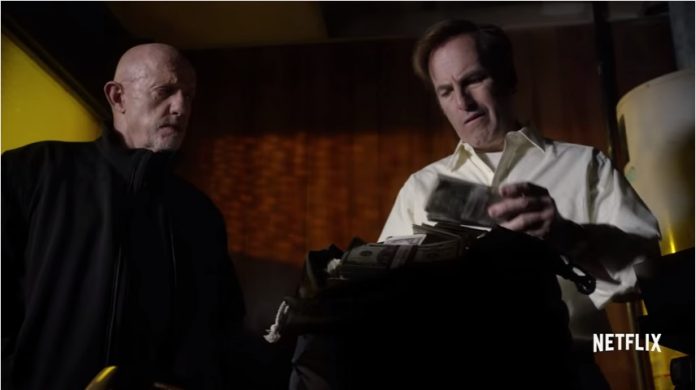 AMC’s black comedy spinoff that is “Better Call Saul” is now being ordered by the management to do another season and talks are quite rife that one of “Breaking Bad’s” nemeses could be making an appearance in the show’s next installment.

Rumor has it that mob boss Gustavo Fring (Giancarlo Esposito), known by fans as just Gus, will be joining the mayhem next season as it was insinuated by Bob Odenkirk, the actor who plays Morgan McGill in the multi-awarded TV series.

Theories about the actor’s return began to surface after Odenkirk had an interview with Conan O’Brien. Odenkirk stated that the writers and showrunner will always have a trick up their sleeves and even mentioned that some of the fans are now expectant of the devious character’s return as some of them have discovered an anagram in the show’s sophomore season sending a message to fans that “Fring’s back.”

However, speculations were then further strengthened as one of the series’ showrunners, Vince Gilligan, somewhat gave a heads up to the avid viewers of the show that Gus might appear during season 3’s middle or latter parts. When asked as to who wrote the so-called “Don’t” note on the car of Mike Ehrmantraut (Jonathan Banks) as he attempted to kill off Hector “To” Salamanca (Mark Margolis), Gilligan may have somewhat confirmed the said theory believed by most fans and even pointed out the aforementioned anagram that some eagle-eyed fans discovered.

For the uninitiated, the season 2 finale of the show had featured Mike heading to the desert on a mission to finally put an end to one of the cartel’s top bosses, Tio. However, Mike was unsuccessful with the attempt and was puzzled at the same time as he noticed a piece of paper with a message that says “Don’t.”

As of writing, there’s no exact date announced as to when season 3 will premiere. It’s safe to assume, though, that it could arrive next year.