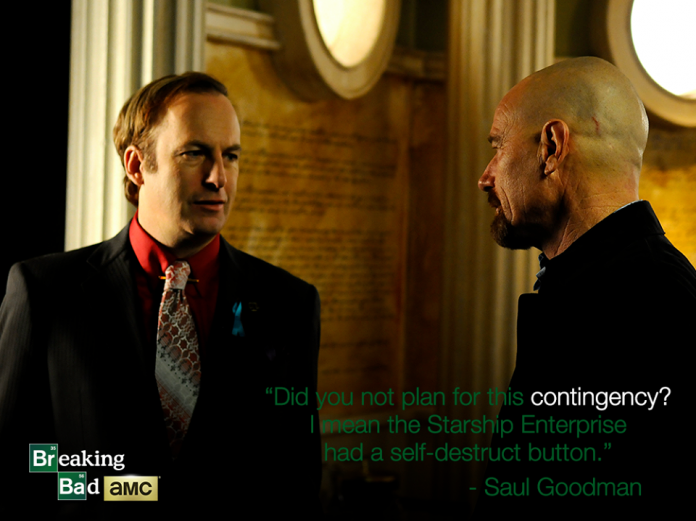 “Better Call Saul” may have been born out of the concept of “Breaking Bad,” but the show is very different from its parent series. In fact, it is very much the way creators Vince Gilligan and Peter Gould envisioned it to be as revealed by composer Dave Porter who scored both shows.

In a recent sit-down interview with The Wrap, the experienced composer revealed that from the get-go, the producing duo had been keen on making “Better Call Saul” a separate entity as much as possible.

“When we began to work on ‘Better Call Saul,’ Vince Gilligan and Peter Gould were adamant that the show would be very different than ‘Breaking Bad,’ which meant reevaluating everything and creating a whole new musical vocabulary for the show,” he recalled. “At first I had a hard time with that, admittedly. I had gone in expecting to do a lighter variation of what we had done so successfully for ‘Breaking Bad.'”

Nevertheless, since the spin-off exists in the same universe it is quite impossible to entirely rid the connection between the shows. That is mainly Porter’s job in honing music that sounds new but familiar at the same time, like what “Better Call Saul” features.

“One thing that remains the same between the two shows is our love of the process of crime, both large and small,” Porter continued. He then added that while the parent show dealt with larger schemes, nodes of the same kind of mischief is represented through Jimmy’s (Bob Odenkirk) smaller cons in the spin-off. However, with the confirmation that the infamous Gus Fring (Giancarlo Esposito) will finally debut in “Better Call Saul,” a theme reminiscent of “Breaking Bad” will be incorporated. His approach will be similar to how he handled the return of Tuco Salamanca (Raymond Cruz), Hector “Tio” Salamanca (Mark Margolis), and The Cousins (Daniel and Luis Moncada).

Fans will be in for a treat when “Better Call Saul” debuts its third outing as it is expected that a bigger arc that will eventually transform Jimmy to Saul will unravel. During the crime drama’s most recent finale, Chuck (Michael McKean) secretly recorded his brother’s confessions and with his aversion to Jimmy, fans can only presume that he will use it for no good.

No official return date has been set for “Better Call Saul” but fans can expect season 3 to air sometime in early 2017 on AMC.