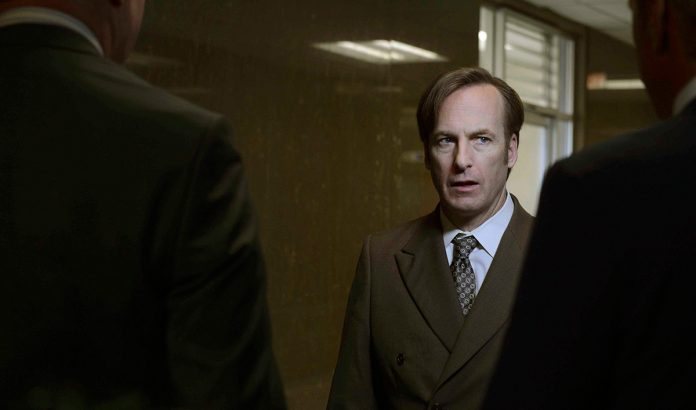 After what seems like a drought on information about Breaking Bad’s spin off, the Outstanding Drama Series nominee Better Call Saul finally has not one, but two trailers for the upcoming sequel from AMC.

Both at around 30 seconds long, the first teaser, called “Dolla,” featured snapshots from season one including James Morgan “Jimmy” McGill’s challenges in finding clients for his small law firm, notes Christian Today. On the other hand, the other teaser, entitled “The Right Thing,” highlighted the success of Jimmy’s older brother Chuck (Michael McKean) and their encounter as his brother gives him a lower regard as a lawyer.

The teaser also shows the internal struggle of Jimmy as several voices play in the background on what seems like his memory. These phrases include someone saying “I’m a lawyer, not a criminal” or “I want you to be happy” with the main character finally responding in the end ” Well, you know what, it’s never stopping me again.”

Although the entire plot is still unconfirmed, it was earlier revealed that one of the storylines of season two will revolve around the transformation of Jimmy into Breaking Bad’s lawyer. Although season one already revealed some future scenes, the transformation will happen on season two. Better Call Saul will serve as a prequel to Breaking Bad, following the story of a small time lawyer named James Morgan “Jimmy” McGill (Bob Odenkirk). The upcoming season is expected to have Jimmy transform into a villain as the Saul Goodman of Breaking Bad, taking place six years after he was just the good lawyer.

Meanwhile, Albuquerque Business First revealed that Bob Odenkirk hosted a wrap party on Halloween night at Albuquerque Museum which included some of his co-cast members in the television series. Rhea Seehorn, one of the cast members in the series, posted on her twitter page, “Our work is not done, but we had so much fun” @BetterCallSaul wrap party at the #albuquerquemuseumofart!

Season two of Better Call Saul is expected sometime in 2016. No definite date has been announced at the moment.

'The Walking Dead' season 6 news: Show sets up romance for...