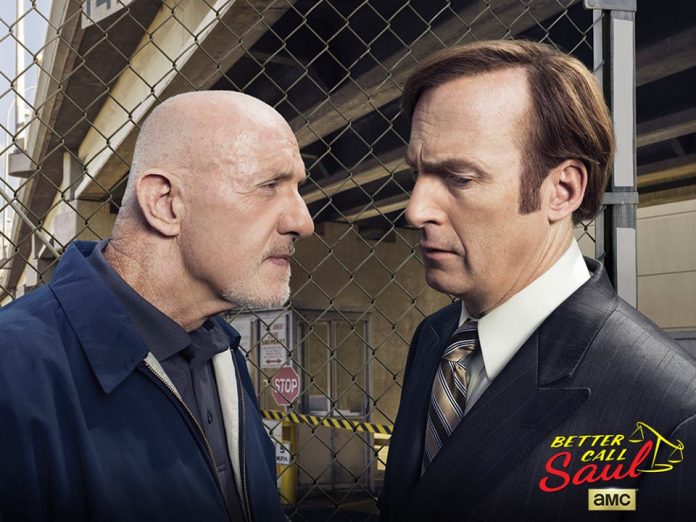 “Breaking Bad” has been one of the most groundbreaking series in present time. So when Vince Gilligan and Peter Gould embarked in its spinoff, “Better Call Saul,” there were huge expectations that they successfully delivered.

Only going towards its second season, the AMC produced drama follows the life of Jimmy McGill before he was Saul Goodman as known in the “Breaking Bad” series. Its debut season ended in a cliffhanger when fans were left wondering whether Jimmy will continue down the good lawyer path or take a more colorful and adventurous one. To keep up with the hype of the show returning for its sophomore year, some teaser photos were exclusively shared by Entertainment Weekly where a contemplating Jimmy could be seen.

Showrunner Gould exclusively sat down with Yahoo! TV and revealed what fans could expect when the show returns. Unfortunately, Gould said that even the cast and crew do not know yet where the story will take them as they tend to go with the flow during the season.

“We do, and I have to say, at the risk of repeating myself, it surprised us in a good way. We’re real excited about the season. We like it an awful lot. Based on the way the last season ended, I don’t think any of us would have predicted where this was going to go in Season 2. I think it all grows out of the characters. That’s really what we just keep asking ourselves: What would these people do? What’s important to them? That leads us,” Gould quipped.

Furthermore, the writer also expressed his excitement with possible cameos from notable personalities from “Breaking Bad” and was also quoted in saying, “One thing we’ve stuck to is only bringing in the ‘Breaking Bad’ world when it makes sense, when the story that we’re telling takes it there. That gives us a lot of possibilities… We have a board up in the writer’s room with the names of all the characters we would like to bring back.”

Last season saw limited familiar characters appearing even though Aaron Paul, who played the role of Jesse Pinkman, and Dean Norris as Hank Schrader in “Breaking Bad” were reported to be doing some scenes.