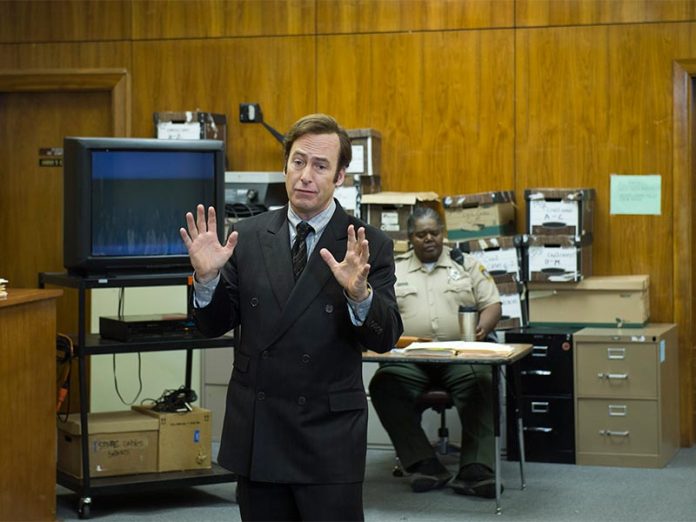 AMC’s “Breaking Bad” spin-off, “Better Call Saul,” has started to be noticed by award-giving bodies. The first season which chronicles the life of Jimmy McGill before he became the sleazy lawyer Saul Goodman has recently received some nods with Critics’ Choice Television Award and a nomination with Emmys.

Talking to Emmys special magazine issue of The Wrap, actor Bob Odenkirk who plays McGill said that having the character feels like “a crazy bit of lottery winning.”

He also stated portraying McGill in multiple levels is a great opportunity, “I played Saul Goodman, and he was like a persona that this person was putting forth and showing the world. He was intentionally one dimensional he was a phony, a faade.”

“So the opportunity to play a character at multiple levels, to have the richness of his history, to have a multi-faceted inner life, and one so well drawn and so detailed as this, is crazy opportunity. It’s more than I could ever have dreamed somebody would give me a chance to do,” he added.

He revealed that having a spinoff from a very successful show was scary at first but he trusts creator Vince Gilligan and he always follow what the creator wants for the show. He also mentioned that he is not “fazed” in case the show is not well received as he had gone through a lot of failure before as an actor.

Admittedly though, he said that they were surprised with the critics and viewers’ open-mindedness and good will in accepting how the series turns out.

Meanwhile, writer Gordon Smith share some hints on what’s to come for season two of the show.

On an interview with BreakingBad-Greek, he teased that there may be some surprises as viewers see all sides of McGill and Saul.

“We talk all the time about what constitutes “Saul-ness”is it the name? The suit? The persona? Or does it have to do with his willingness to commit certain kinds of crime? I hope we’ll see more of all sides of the man, because I’m honestly not sure who Saul/ Jimmy/ Gene “really” is yet,” Smith said.

He added that in the new season, it will also be shown what it means to McGill going forward when he turned down an offer from a well-known law firm during season one’s finale.