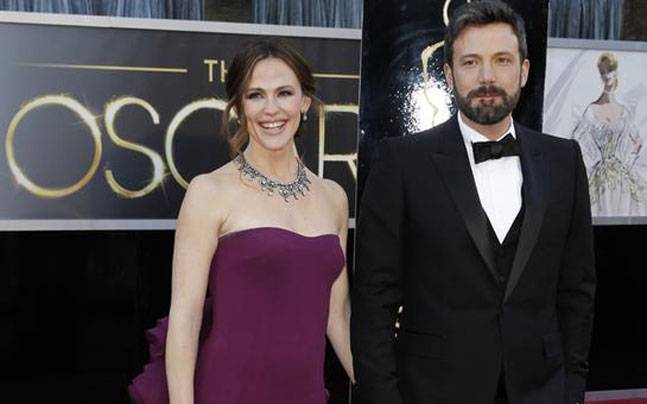 Ben Affleck and Jennifer Garner spent the Valentine’s weekend with their children at the  Yellowstone National Park.

Entertainment Tonight reported that the former couple, who filed for divorce in June 2015, hopped on a private jet to Montana with daughter Seraphina, 7, and son Samuel, 3 on Friday. Although their eldest dauther Violet, 10, was left at home, Affleck and Garner seemed to have kept their family life working.

The former A-list couple, both 43, announced their separation after 10 years of marriage.

“After much thought and careful consideration, we have made the difficult decision to divorce,” Affleck and Garner announced in a joint statement. “We go forward with love and friendship for one another and a commitment to coparenting our children, whose privacy we ask to be respected during this difficult time. This will be our only comment on this private, family matter. Thank you for understanding.”

Despite their failed marriage, both stars still live together in their Pacific Palisades mansion in Los Angeles for the sake of their children. Aside from their ski chalet at Yellowstone Club in Big Sky, Montana, the Hollywood pair also owns a Manhattan apartment and an 83-acre estate in Hampton Island, Georgia.

However, an insider told Radar Online that the chances of them reigniting their relationship are slim. Although Garner thinks a second chance is worth a try, Affleck, who previously denied cheating allegations, thinks it isn’t quite a good idea.

“Jen really thinks there is a chance they can fix their relationship,” a source dished out. “Ben’s being good and not going out in public much these days, so she has this glimmer of hope they can make it work.”

Sadly, the insider added that Ben, who was rumoured to be dating Sienna Miller, “wants nothing to do with getting back together.”