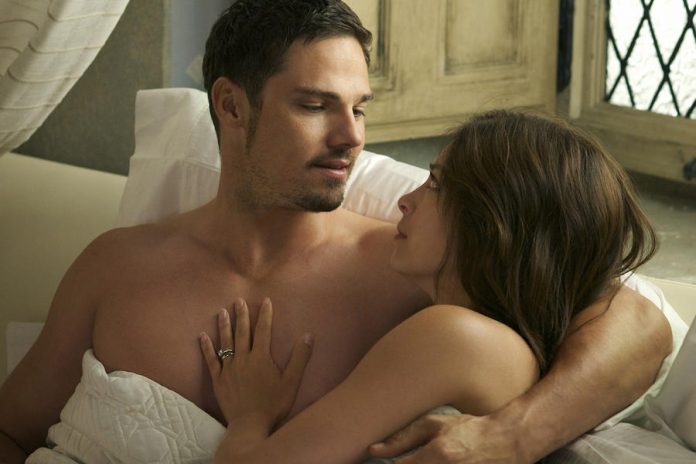 Cat (Kristen Kreuk) and Vincent (Jay Ryan) want to lead a normal life as a married couple but in the fourth and final season of “Beauty and the Beast,” they will realize that there will always be challenges.

After their magical honeymoon was cut short by a call from J.T. (Austin Basis), the duo begrudgingly came back to New York to find out who is trying to expose beasts.

The story continues this week with the upcoming episode titled “Beast Interrupted.” Cat and Vincent will delve deep into the mystery of the beast buyer lurking in the black market. Aside from that, they will also be tasked with keeping an eye on an heiress whose real persona has been exposed. As they tackle the multiple challenges at hand, the married couple also comes to realize the consequences that would arise once Vincent’s true identity has been revealed.

In the trailer for the upcoming episode, Cat is seen having a private talk with Deputy Secretary Hill (Andrew Stewart-Jones) and she reminds him of the consequences that they might face if the public finds out that he is shielding Vincent, who is a beast. With the conversation still on her mind, Cat tells Vincent to act normal to prevent privy eyes from scrutinizing them. Unfortunately, it appears to be easier said than done as the more Vincent tries to keep it together, the more he struggles with it.

Meanwhile, given that the current installment of the supernatural series will be its last, series veteran Basis teases fans that the show will tie all loose ends that the past 3 seasons have tackled. Moreover, he also teases that everything will be done with equal parts humor, thriller, and romance.

“Along with a couple of new threats (and characters), there will be the usual action, intrigue, suspense & supernatural drama but the romantic elements that made the show what it was in Season 1 will be more present,” the actor spilled to Naluda. “There are a few episodes I’m particularly proud of that I think will stand up to the best episodes that we’ve ever done.

Fans would have to tune in this Thursday night at 9 p.m. ET to find out whether the star-crossed lovers can once again get away from the upcoming crisis.

Season 4 of “Beauty and the Beast” airs on The CW.