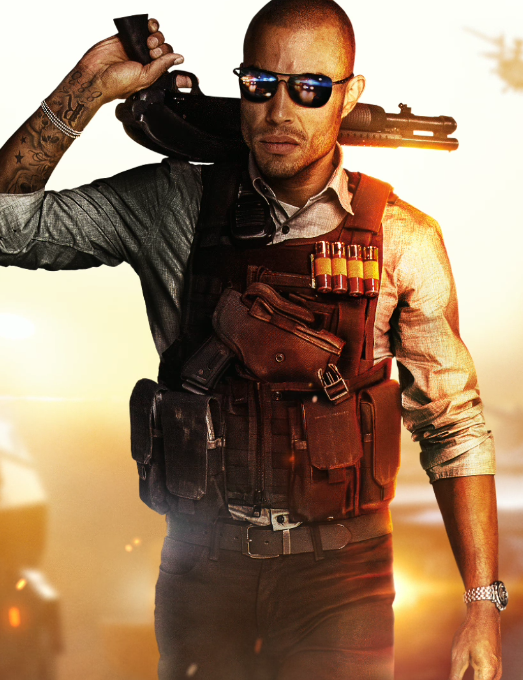 Even before Visceral Games and EA have made an official announcement on the new ‘Battlefield: Hardline’ Robbery DLC, fans are already expecting a lot from the clues that the developer and the studio revealed in the Gamescom 2015 footage.

While the DLC was originally expected to add four new weapons, Youtube user Westie, who analyzed the gameplay footage pegged the new weapons at 11 including assault rifles like F2000, MDC, Famas and RPK; a FN57 handgun, a Scorpion (CZ 3A1) PDW, a Barrett M82.50 Cal Semi-Auto sniper rifle, a Saiga 12 shotgun, an M1 Carbine, an MP7 PDW and a throwing knife, reported Tech Times.

Based on the post on Battlefield Hardline’s site, to be expected are:

The DLC is also expected to focus on heists and robberies, and with the additions to the arsenal, fans are already dying to get their hands on the DLC. It is expected to be released this September and comes after the release of the Criminal Activity expansion pack in June.

Aside from new weapons, gamers can also expect a new game mode called Squad Heist which was inspired by the Squad Rush in Battlefield 4. For this mode, players will be required to break into a vault and get the loot for the first two stages. The last will challenge them to escape, reported IBTimes.

“Squad Heist was a blast to develop, and we think it goes well with the new gadgets, weapons, and maps in Battlefield Hardline: Robbery. Playing it every day, it really feels like we’ve found something special. We hope you agree and join us on the Battlefield!” The Battlefield release posted.

Aside from the DLC, fans can also look forward to Battlefield add-ons like Getaway and Betrayal which will be released this fall and early 2016, respectively.