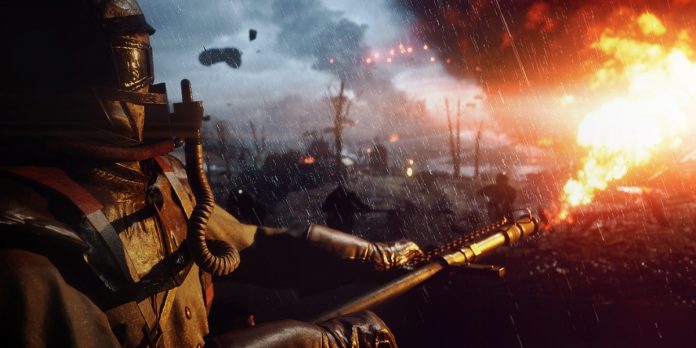 With the release of “Giant’s Shadow” update, a video showing the new features within the patch has been released. This includes a brief overview of the new map as well as the new crossbow’s features in action.

According to Game Rant, even though the new update is not the biggest one just yet, the players are in for a treat. After all, the massive update is not due until next year, so it is certainly an early present to the “Battlefield 1” fans. The YouTuber Westie, after finding some clues that pointed out the release of the grenade crossbow, captured some footage of the weapon in action.

Westie’s video used the B-roll footage provided by DICE, and it shows how the weapon works as well as the glimpse of the new upcoming maps. In its most basic sense, the map is defined by the massive downed zeppelin in a French countryside. Players will be able to face each other off within its confines, especially for those playing the Conquest mode.

Of course, players are excited to know more about the crossbow, and as such, it can be seen that the weapon is a support class weapon. Its firing rate is slow, and it can only launch one grenade before it needs to be reloaded manually. Given its features, the weapon is better used at a distance as it works similarly like the Medic’s rifle grenade launcher.

As for the map, TechnoBuffalo expands on its inspiration. It is based on the Battle of the Selle back in 1918. Also, the update includes a new map for the game’s single-player campaign, where the players will assume the role of Danny Edwards, a tank driver for the British.

The update is now available for those who bought the Premium Pass DLC subscription. For those who do not have it, however, it will be available on Dec. 20.