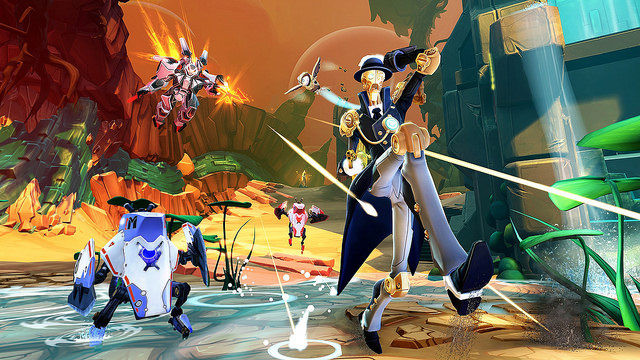 Gearbox Software, game developer of recently released “Battleborn,” believes that while their new game franchise had a promising start, it is still too early to level it with other highly successful titles from the company such as the iconic “Borderlands.”

According to a report by GameSpot, Strauss Zelnick, CEO of Take-Two Interactive that owns “Battleborn’s” publisher 2K Games, spoke in an earnings call about the success and the rising hype that the new game “Battleborn” is creating in the scene. While he recognizes that the game did perform well for an entirely new IP, Zaelnick believes that it is still too early to assume that this positive reception towards the new game means that “Battleborn” will also follow the path taken by the now iconic franchise, “Borderlands.”

“The initial results are very encouraging. [But] it is early yet,” he said. “The scores are good, consumers like it, a lot of people playing it and really loving the gameplay. But I wouldn’t want you to draw the conclusion that the ‘Battleborn’ curve is necessarily the ‘Borderlands’ curve. We just don’t have any of that information yet.”

With that, Zelnick said that they have yet to see how the game would fare in the long run, and perhaps by then, it could be said if its success can be put on par with the success and recognition that the “Borderlands” game series have enjoyed and achieved thus far.

“We’re encouraged, and we feel good about it, [but] it remains to be seen how it performs,” he added.

The early success of “Battleborn” can be considered a payoff for the big investment that Gearbox Software have put into itwith the risk of it being a new IP on its entirety, which means that there had been no certainty that fans would like it or not.

“We’ve invested more than ‘Borderlands 1’ and ‘2’ added together into ‘Battleborn,'” Gearbox CEO Randy Pitchford said back in February. “And we don’t even know if people will be interested or not.”

“Battleborn” is available for Xbox One, PS4, and PC.