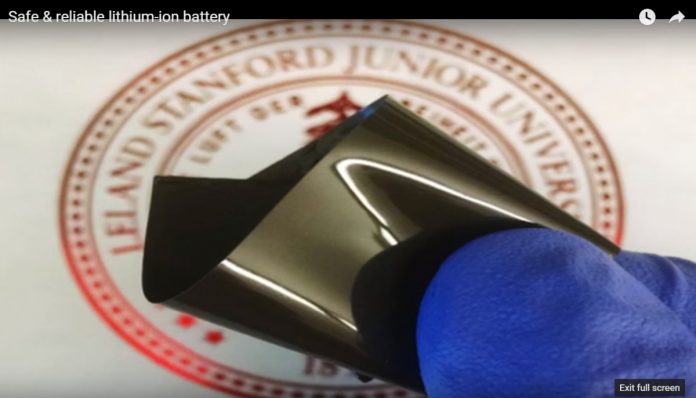 Researchers from Stanford University has invented a battery that shuts down on its own before it even overheats. After some time, it restarts when the temperature drops down.

The latest breakthrough in technology addresses the fire issues in devices today which are caused by overheating batteries. With the new discovery, banning and recalling products like hoverboards and computers due to fire incidents can be avoided.

Battery-powered devices with lithium-ion batteries usually catch fire because activities like overcharging, puncturing and shorting generates heat. The electrolyte can then explode if the temperature continues to rise until it reaches 150 degrees Celsius, as reported by Stanford News.

Zhenan Bao, a professor of chemical engineering at Stanford, together with her colleagues have specially designed the improved lithium-ion battery so that explosions and fires will be prevented. According to the official online publication of the university, the researchers used a unique technique different from what are usually used by inventors.

“People have tried different strategies to solve the problem of accidental fires in lithium-ion batteries. We’ve designed the first battery that can be shut down and revived over repeated heating and cooling cycles without compromising performance,” the professor stated.

The team used nanotechnology in their latest invention. They coated the spiky nickel particles with a thin layer of carbon called graphene and embedded it in a thin polyethylene film. The researchers then applied heat to the battery and observed that the film expanded, shutting it down due to the separation of spiky particles. After cooling down, the battery restarted.

Unlike other techniques, the new discovery can provide enough warning to the users to avoid fire accidents. The team added that the temperature in which the battery shuts down can be set lower depending on the materials used. In this way, risks will be minimized.

The researchers claim that the aforementioned strategy is fast, safer and more reliable. The study is now published in the Nature Energy journal.