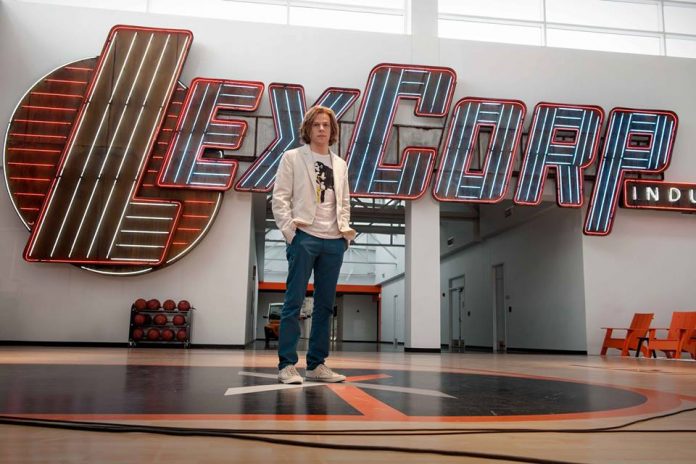 The new alleged synopsis of the highly anticipated film from Warner Brothers, “Batman v Superman: Dawn of Justice” is making the rounds online, shedding some light on what or who may have caused the conflict between DC Comics’ two biggest superheroes.

Provided by Odeon Cinemas, one of United Kingdom’s largest movie theater chains, the description reads, “At long last, see Batman and Superman square off against each other in ‘Batman V Superman: Dawn Of Justice’, an epic superhero showdown which will change both their lives forever. Clark Kent doesn’t trust Gotham’s mysterious masked vigilante. Bruce Wayne doesn’t trust the alien who nearly destroyed Metropolis. And Lex Luthor, who hates Superman more than anyone, is manipulating both of them for his own twisted ends. Choose your side: the Man of Steel or the Dark Knight? Learn the answer to the age-old question who would win? in ‘Batman V Superman: Dawn Of Justice,'” Comicbook Movie shares.

Game Spot notes that even though it was long assumed that Lex Luthor would be the main villain, the new reports suggest that he may actually have a bigger role in making the Caped Crusader at odds with the Man of Steel.

What added to the speculation is Luthor’s fictional profile in Fortune Magazine. The character is described as a down-to-earth son of a billionaire magnate that does not see Wayne Enterprises as competition. The 31-year old businessman is also said to be a giver, with LexCorp being among the most charitable companies, who only wants to provide protection to possible threats to humankind.

Presumably pertaining to the alien origin of Clark Kent, Luthor said in an interview for the fictitious report that “I don’t want to scare anybody… much. But there are a lot of threats out there, and they’re here today.”

Batman v Superman: Dawn of Justice is slated to hit the big screen on March 25, 2016 with Jesse Eisenberg as Lex Luthor, Henry Cavill as Superman, Ben Affleck as Batman and Gal Gadot as Wonder Woman.