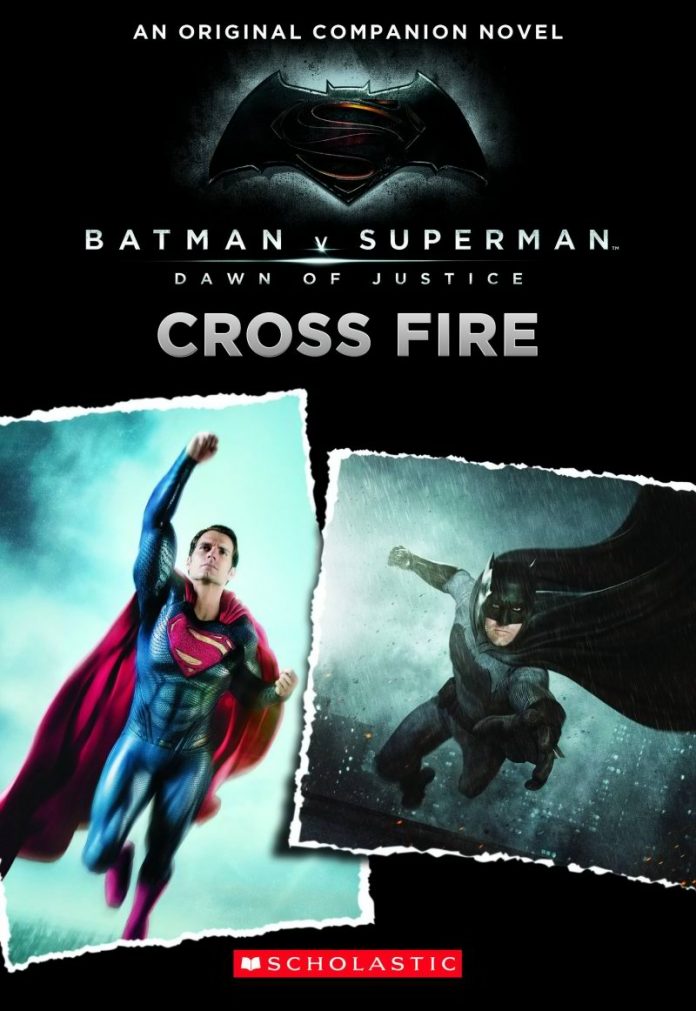 Before the much awaited film hits theaters next year, fans can now dig in to the world of “Batman v Superman: Dawn of Justice” with the new and upcoming companion novel for the film, an exclusive release from publisher Scholastic Inc. The book also features Henry Cavill and Ben Affleck as Superman and Batman, respectively, each in costume in never before seen poses.

Titled “Cross Fire: An Original Companion Novel (Batman vs. Superman: Dawn of Justice),” the companion novel tells a new story about the Man of Steel and the Dark Knight as they work on a case that involves an escapee form Arkham Asylum.

While the novel is linked to the film, it does not tell the story that the film will be taking on. However, the book will also feature full color insert images of screenshots from the film itself.

The following is the synopsis for “Cross Fire: An Original Companion Novel (Batman vs. Superman: Dawn of Justice)”:

After saving Metropolis from an alien invasion, Superman is now famous around the world. Meanwhile Gotham City’s own guardian, Batman, would rather fight crime from the shadows. But when the devious Doctor Aesop escapes from Arkham Asylum, the two very different heroes begin investigating the same case and a young boy is caught in the cross fire.

This action-packed junior novel tells an original story about the stars of Batman v Superman(TM): Dawn of Justice. The book also includes a full-color insert with images from the feature film.”

Now available for pre-order, those who want to puchase the book can check Amazon. The paperback edition of the companion novel is available for $5.99. The book will be released on Feb. 16, 2016.