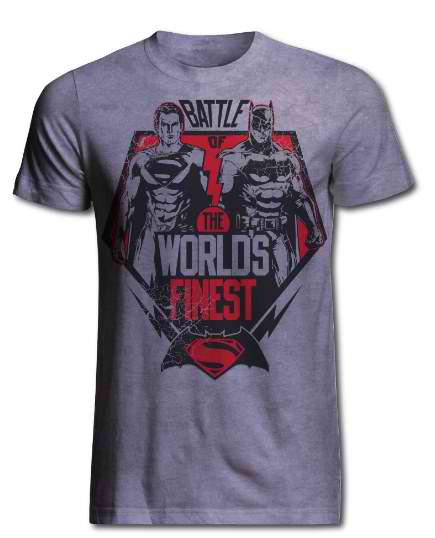 The set of merchandise revealed contained various types and designsfrom men’s tee shirts to women’s shirts to caps and even sling bagseach specifically designed to go with the theme of the characters in the upcoming film.

“Some of the shirts depict Batman, Superman and Wonder Woman in battle-ready poses, while others incorporate the new, chunkier, Batman and Superman logos from the upcoming films,” Merchoid said on their website. “Several of the shirts are printed using a sublimated ‘allover’ technique, which allows the print to cover the entire shirt, leading to a much larger graphic design.”

All items show on the website are for pre-order for the meantime and will start shipping on Jan. 29. Additionally, Merchoid will be shipping all orders for free, no matter where the buyer is in the world. Meaning to say, buyers will only pay what was stated in the merchandise pricenothing more, nothing less.

The merchandise available features designs of the “Batman v Superman: Dawn of Justice” logo, Batman, Superman, and Wonder Woman. There is also a LexCorp merchandise up for grabs. Shirts are priced at $23.99 for the standard print and $24.99 for the watercolor printed design. The Wonder Woman shirts are available in sublimation printed design, which sells for $25.99, and a rolled sleeve tee and a tank top for $23.99. The LexCorp shirt is for $23.99. Superhero uniform shirts of Superman and Batman are also available for $25.99.

Caps, on the other hand, are available in “Batman v Superman: Dawn of Justice” logo, Batman, Superman, and LexCorp designs for $25.99. Messenger bags, available on Batman and Superman designs, are available for $39.99.

All merchandise are officially licensed by Warner Bros. Pictures.