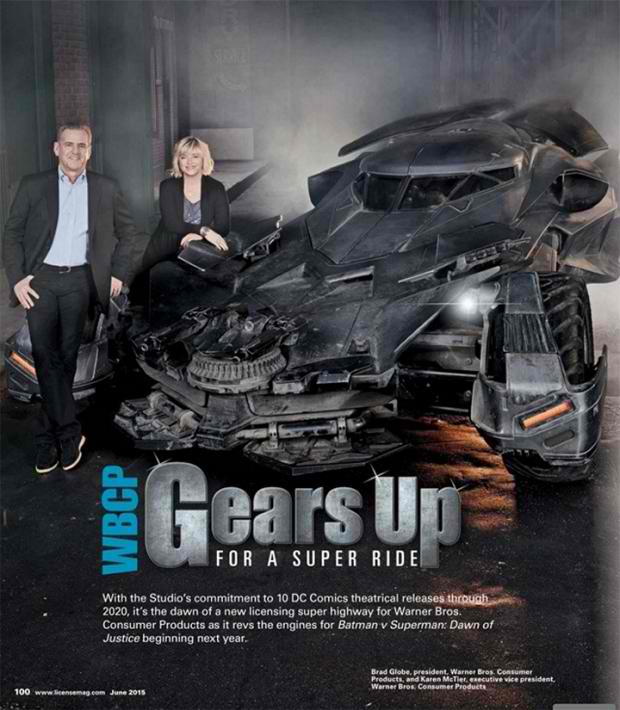 The upcoming Batman v. Superman: Dawn of Justice is already two years in the making since it was first announced, and eager fans still have one more year worth of waiting left before the much-awaited movie hits theaters.

The movie, which features the first long-desired face-off of two of the most iconic comic book characters in history, is also set to open the curtains for the DC Cinematic Universe. Along with The Man of Steel and The Caped Crusader, a lot of iconic DC Comics characters is set to make an appearance in the movie including Wonder Woman, Cyborg, Aquaman, and possibly The Flash, too.

In the most recent updates, a closer and more detailed look of the new Batmobile will give fans a feel of just how ambitious Batman v. Superman really is. In the latest issue of License! Global, a new revealing photo showed the Batmobile, all ready for action.

While the Batmobile is Batman’s main mode of transportation, it also features a lot of nifty gadgets and useful tech that the Caped Crusader utilizes. As the years went on, the Batmobile changed from being a Lincoln Futura to the ones with the long hood, to Nolan’s The Dark Knight trilogy’s Tumbler, and now to this all-new and highly militarized Batmobile.

Now one question is surely in the air for the movie: how will Batman, a mortal who has the money, the brains, and the skills, beat Superman, an alien who has unparalleled strength, speed, heat vision, and godlike powers? While there are source materials to base the answer for this from, it turned out to be a very simple one.

In a report by Heroic Hollywood, the thing that Ben Affleck’s Batman was seen holding on to in the teaser trailer was indeed a [SPOILER WARNING!] Kryptonite-laced spear. The said anti-Superman weapon is also said to be the object Batman is holding on top of a skyscraper in another part of the trailer.

Not much is revealed regarding the entire story plot yet, but the movie is set to introduce a lot of iconic DC superheroes and villains such as the ones previously mentioned, Doomsday, possibly Brainiac, too, and of course, Lex Luthor, played by Jesse Eisenberg.