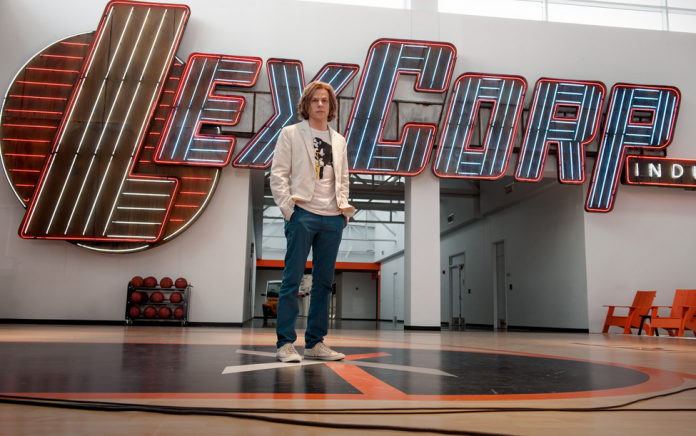 The superhero hype for the much awaited 2016 face-off of two of the most iconic characters in comic book history goes on, and the stars behind Lex Luthor and Alfred Pennyworth in the upcoming film Batman v Superman: Dawn of Justice talked about their roles in the film, and how they differ from all previous portrayals of the characters.

In an interview with Observer, Jesse Eisenberg, who plays Lex Luthor, talked about how big his character would be in the upcoming 2016 film.

“In a lot of ways Luthor is more of a stretch than any character you would do in an independent movie, which is normally the place you stretch,” he said. “So in that way it was not at all compromised. If anything it was the best, most advantageous role I’ve ever been given. It’s because the opportunity to do an interesting character on a movie of that scale is incredibly rare. His background is not in comic books so he was coming at it from emotion and story and created this really wonderful character, as enigmatic as he is emotionally honest.”

He also explained how the superhero side of the story will be very geopolitical. “Now people expect the tone to be more realistic just because we live in a world where the average audience member has a sense of psychological motivations. [It raises the question] how can one manSupermanhave so much power? These are the kind of things that we talk about when we think about authoritarian states, when we talk about Vladimir Putin having a strong foothold in Eastern Europe. They’re addressing geopolitics in this movie and not in a way that’s pretentious or esoteric.”

In a separate interview with Toronto Sun, actor Jeremy Irons, who plays the butler Alfred Pennyworth said the new Alfred is someone the previous version have not shownas he is more agile, more active, and is able to do more stuff than ever.

“Zack Snyder, the director, wanted to create a completely different Alfred,” he said. “So I felt I didn’t have to carry any baggage from previous ones. It’s sort of a reincarnation if you’d like. I had a feeling I was creating my own Alfred, more of a man who can actually do anything if he has to.”