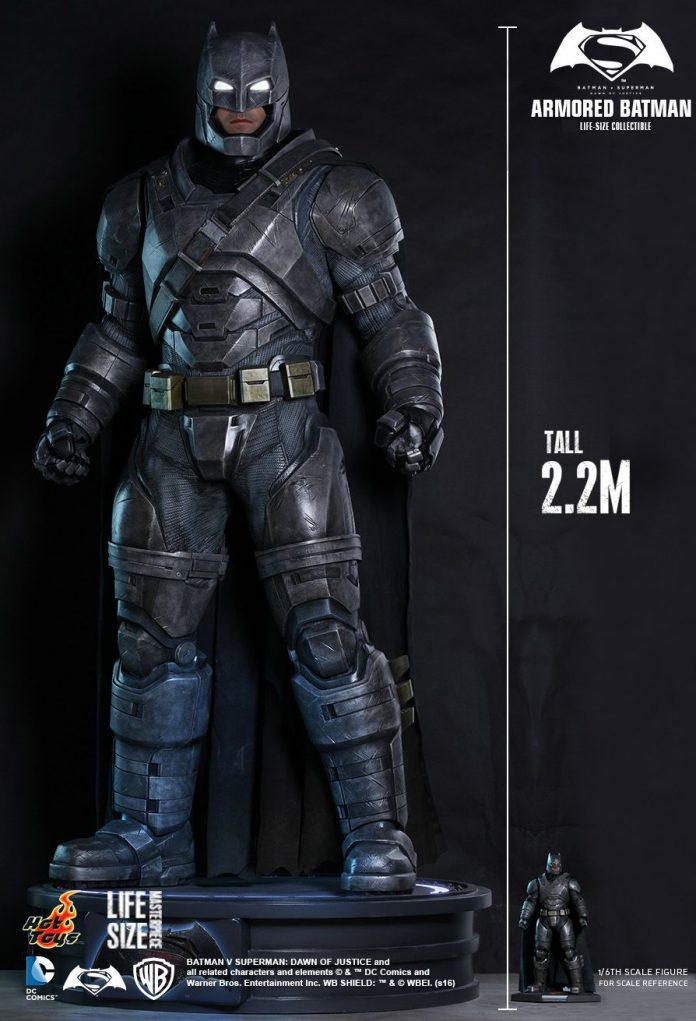 The official website of Hot Toys has announced that the toy company is set to release a 1:1 armored Batman collectible statue that stands more than seven feet including its base. While Batman and Superman fans excitedly await for the showing date of the “Batman v Superman: Dawn of Justice” movie on March 25, this news is another reason to jubilate for Batman fans who are hard-core toy collectors.

The high-end collectible company disclosed that the movie-accurate and realistic life-size statue of the armored Batman comes with light-up eyes, a cape made of fabric, a meticulously crafted “batsuit” and armor, and a circular base that lights up, too. As the products of the company are in the good graces of action figure collectors, thanks to their intricate and realistic details, it goes without saying that the exposed part of the statue’s face displays a detailed likeness to that of actor Ben Affleck’s in the upcoming “Batman v Superman: Dawn of Justice” movie.

As of this writing, Hot Toys hasn’t revealed the price tag the life-size statue will carry. Collectors can only speculate that it can dictate a price of as much as $10,000. The release date of the statue is also undetermined.

Hot Toys has confirmed that the armored Batman is only the first of its more-to-come life-size statues. According to writer Luke Brown in his article written on Comics Alliance, many collectors thought that the company would first produce and sell commercially a life-size Tony Stark statue but that, apparently, is not the case.