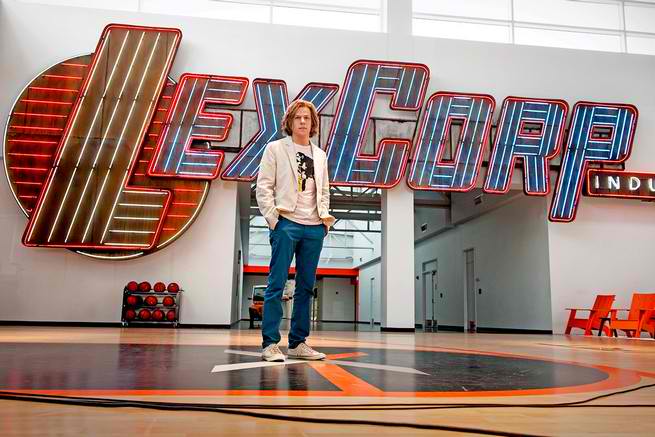 The people behind the upcoming film Batman v Superman: Dawn of Justice recently made noise on the internet with their clever marketing strategy for the movie.

The New York Comic-Con is underway until October 11 at the Javits Center. Since this will be a big event, social media use will surely be heavy around the area, as people will be taking a lot of photos and videos and uploading them live. The FAQ section of the NYCC page told con-goers that free WiFi for the event will be provided by none other than Lex Luthor himself, under his LexCorp Industries.

Yes. Free WiFi throughout the Javits Center will be provided by LexCorp Industries.

LexCorp unites humanity through technology. We believe in technology as a means of communication, unification and a source of inspiration. To access the WiFi on-site at the Javits Center, connect to the “LexCorp” network from the list of available networks.

You will automatically be redirected to the LexCorp WiFi login page where you can enter your email address and click “CONNECT” to gain access to the network. LexCorp together, we can build a better world.“

Just recently, it was revealed that Batman v Superman: Dawn of Justice has been given a PG-13 rating by The Motion Picture Association of America, according to an update by Box Office Mojo. The reason for the rating was the “intense sequences of violence and action throughout, and some sensuality”. Given the events and the theme that surrounds the film, we can indeed be sure of violence and action.

The upcoming epic superhero team-up movie is not the only thing that DC will be offering. As part of the previously announced DC Extended Universe road map, a total of ten films is set to hit theatres in the coming years. First off, there’s the very much talked about Batman v Superman that hits theatres on March 25 of next year, shortly followed by Suicide Squad on August of the same year. Then come Wonder Woman and the Justice League movie in 2017. In 2018, the big screen will make way for The Flash and Aquaman. Four years from now, 2019 will see the coming of Shazam and the Justice League Part Two. The final two films in the current road map will come in 2020–Cyborg and a Green Lantern reboot.

KickassTorrents news: Alleged owner to stay behind bars while waiting for...