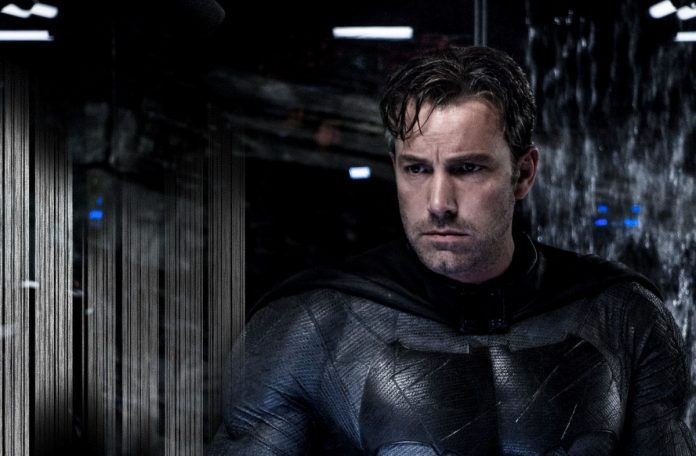 Apparently, award winning actor, writer, and director Ben Affleck is not alone in penning the script for his upcoming standalone “Batman” film, still a part of the larger DC Extended Universe that started in “Batman v Superman: Dawn of Justice.” Aside from having himself as the scriptwriter for the film, the project in development also has Geoff Johns co-writing the script, as revealed by writer and filmmaker Kevin Smith.

It was reported previously that following the performance of Ben Affleck as the new big screen Bruce Wayne aka Batman in “Batman v Superman: Dawn of Justice,” a standalone Batman film which is currently not part of the initial roadmap of the DC Extended Universe, is in the works, with Ben Affleck himself working on the script. Now, it was revealed that not only the award winning director is working on the scriptAffleck’s credits include “Argo,” “The Town,” and “Gone Girl”DC Comics Entertainment Chief Creative Officer Geoff Johns, who had also written countless numbers of comics books for the company, is working with Affleck to develop a Batman script.

This was revealed by filmmaker and known DC Comics enthusiast Kevin Smith, who discussed his recent talk with Johns in his “Fat Man on Batman” podcast, along with his co-host Marc Bernadin.

“He’s been working on a solo script with Geoff Johns as well,” said Smith in the podcast, discussing the ongoing script for the standalone Batman film. “Last conversation I had with Geoff Johns, I was like, ‘are you working on it?’ And he said ‘Yeah.’ I said, what’s it like man, how do you co-write with someone And he’s going, ‘we just break it up, he takes halves and I take halves and then we write, and then we switch material, and then he goes over mine and I go over his.’ That sounds so f****** fun man.”

The standalone Batman film is yet to have a release date. Meanwhile, “Batman v Superman: Dawn of Justice” is still out in theaters.

'No Man's Sky' release date for PC pushed back to August...