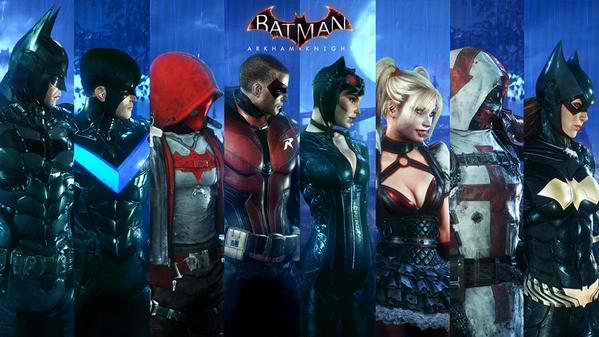 Warner Bros. Interactive has released the details for the upcoming LDC pack for the Batman: Arkham Knight game.

As detailed by their official YouTube channel, the upcoming DLC pack for Batman: Arkham Knight in October will include the Catwoman’s Revenge story pack. This will have players take on the mantle of the feline villainess and play as Catwoman, in a story following the main events of Arkham Knight, where she is hell bent on having revenge against The Riddler.

Additionally, the Crime Fighter Challenge Pack #3 will be coming next months, too. This new Challenge Pack will introduce all new combat and predator maps featuring Batman, Nightwing, Robin, and Azrael.

Coming along with the new Challenge Pack is the GCPD Lockdown Story Pack, where Nightwing will take on The Penguin and prevent him from escaping GCPD prison.

In other news, the PC version of Batman: Arkham Knight, after being broken and almost unplayable in the past months, might very well be re-released by the game publishers and developers, with probably a promise of a more stable game system and a more enjoyable experience for users.

The hint of the re-release news came from the subtle statement made by the official press release from Warner Bros., where is said that a PC version will be coming soon. It read: