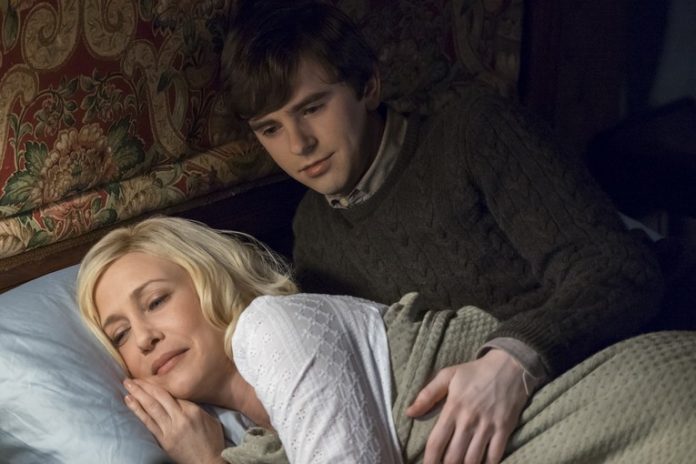 “Bates Motel” pulled out the unthinkable when the show finally decided to kill of Norma (Vera Farmiga) to the dismay of everyone including the writers of the show.

“Going down that road and having to see the tragedy of how it fell apart for her was really hard because Carlton and I have spent four years believing that things could work out for them,” executive producer Kerry Ehrin divulged to Variety. But she was also adamant that it was needed to be done to move the story forward adding that the decision of killing the Bates matriarch was already lingering at their minds when she and co-executive producer Carlton Cuse took on the show.

Before the big reveal, the demise of Norma has been teased in the penultimate episode titled “Forever” when her son, Norman (Freddie Highmore) tried to pull a murder/suicide. The younger Bates was able to survive but he is in complete denial of what has just happened. Interestingly, it seemed like he is also unaware that his mother is already dead because of his actions.

Despite Norma not going to be physically present moving forward in “Bates Motel” which will come back for the fifth and final season sometime next year, Ehrin shares that Norma will still be in the center of everything.

“That obsessive love that people have for her is still what propels them and is at the center of all of their actions, and she still lives on in that sense,” the writer spilled.

Furthermore, Romero’s (Nestor Carbonell) growing apprehension on his step-son is at an all-time high as on top of grieving for his loss, there is a voice nagging inside of his head that Norman has something to do with what has transpired. Given that, fans can expect that it will be a motivational tool for the sheriff in terms of his actions next season.

“She’s very much present in terms of what is motivating everybody. I think that’s actually lovely. That’s a lovely part of the story next year. The people that you love, when they die, they don’t die. You carry them with you for your whole life.”

Interestingly, before the last two episodes of the show, fans have touted Norman to be cooking up something against Romero and step-brother Dylan (Max Thieriot) instead. It was a rare speculation that it is Norma who will get the final ax from the show’s fifth season.