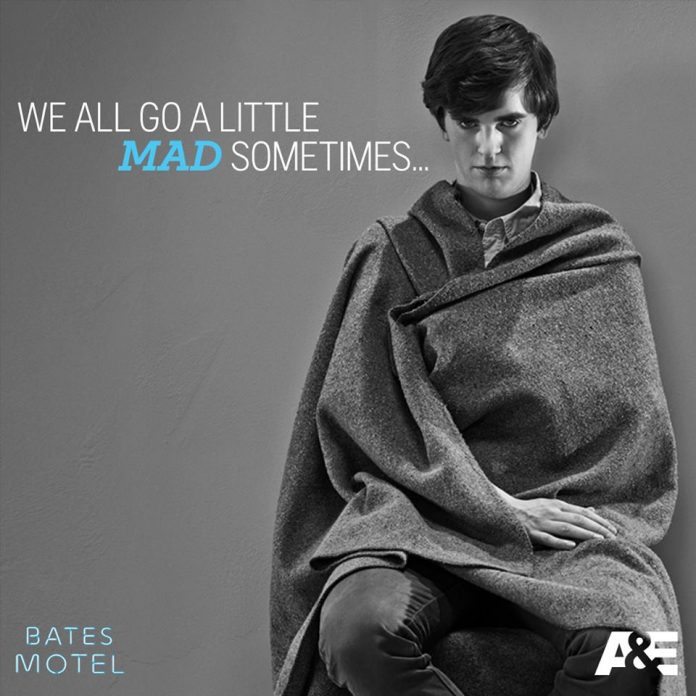 As “Bates Motel” enters its fifth and final season, lead star Freddie Highmore explains how the thriller was able to make his character Norman grounded and relatable.

Technically an anti-hero in every sense, the younger Bates has committed numerous blunders all throughout the four seasons of the show. The latest of which, ultimately spelled the death of his mother Norma (Vera Farmiga). Despite all this, fans still hold on to the character and no more than treat him as an antagonist.

“I think [that] inherently he’s just a boy,” Highmore explained of his on-screen persona to Gold Derby. “He goes back to being that little boy who wants his mother and wants more than anything to be happy. And in order to be happy, he needs to be with her. So I think [as long as] everyone is reminded of that being his central goal, he’s not a serial killer.”

Unfortunately, his need for his mother crossed borderline obsessive and crazy a couple of times as evidenced by Norma’s demise. In an effort to keep the Bates matriarch all to himself, he executed a murder-suicide by trying to poison the both of them while they were sharing one bed. Things, however, did not go according to Norman’s plan as it was only Norma who died.

Arguably, if it was any other series’ character killing his fan favorite mom, this character would automatically be irredeemable. But “Bates Motel” has been very successful in projecting Norman as genuinely lost at times. Ironic, given that he can be as conniving as a professional con artist.

Coming to the show’s home stretch, executive producer Carlton Cuse had previously shared to The Hollywood Reporter that Norman will definitely progress to his 1960s “Psycho” iteration. If the belated addition of the Alfred Hitchcock classic movie character, Marion Crane, is any indication, “Bates Motel” will definitely tackle familiar plot points originally from its big screen variation.

Despite this, Cuse assures fans that their version of the psychological thriller will stand on its own. “What that resolution is and how that plays out is something that will be not disconnected to the movie ‘Psycho’ but will be very much our own story in the same way the entire series has been,” he stated.

The final season of “Bates Motel” is expected to premiere next year, sometime around March.