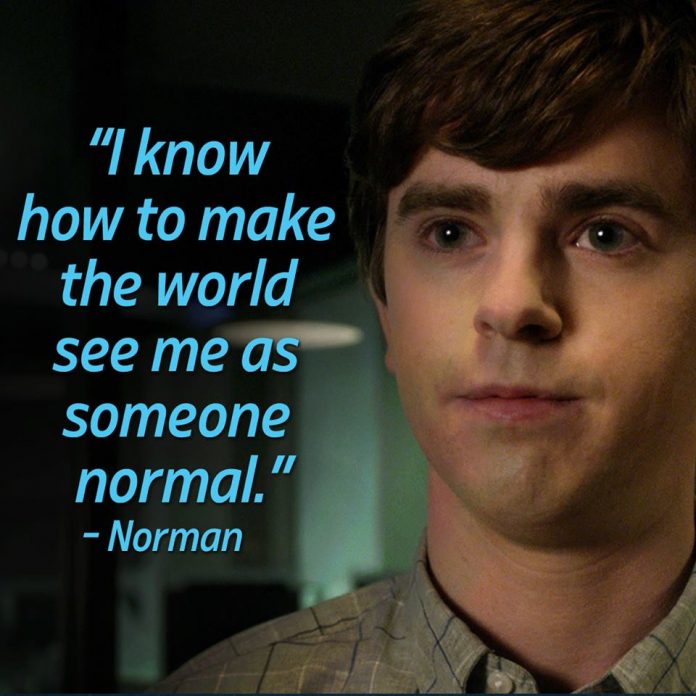 Following the surprise visit of Chick (Ryan Hurst) to offer his condolences to Norman (Freddie Highmore) in the end of “Bates Motel” season 4, executive producer Kerry Ehrin shed more light to the mysterious character and his possible role in the young boy’s life.

Viewers may remember that during the finale, Chick suddenly appeared at the Bates’ residences while Norman is grieving the death of his mother Norma (Vera Farmiga). Norman did not let him pass through the front door, but Chick already saw the body lying on the couch. Instead of possibly judging him on what happened, he left Norman in his mourning and gave him casserole. The ex-convict also told him that he will be back to check how the troubled teen is doing.

In an interview with Variety, Ehrin said, “One never knows if Chick is friend or foe to anyone. He’s just this great character who’s emotionally detached and can observe and at the same time, present empathy and be emotionally cut off.”

She aded that she believes Chick’s great value in Norman’s life is that he is not a person who will necessarily judge him, “He knew Norma’s body was in the living room. He assessed the situation, and looked at how Norman was grieving and suffering and was like, ‘I get what this kid is doing and I’m not going to bug him about it. I’m going to leave my casserole, and I’ll check in on him later.’ He’s an amazingly fun character.”

Talking to Yahoo TV, Ehrin shared the team’s hope of having Hurst back to reprise the role for season 5 as he the actor is described to be brilliant, “The brilliance that is Ryan Hurst is he can play this guy that has this bizarre moral compass, this philosophical, meandering mind, who can then kind of embrace things at different points when he needs to.”

Further elaborating on the character, the EP hints that having Chick as a person emotionally disconnected and could see what’s happening but not judge it gives Norman some sort of a guidance moving forward and “an invaluable tone in that moment for the storytelling.”

The fifth and final season of “Bates Motel” is slated to premiere sometime in March 2017.

Love and Hip Hop Atlanta season 4: are Nikko and Margeaux...