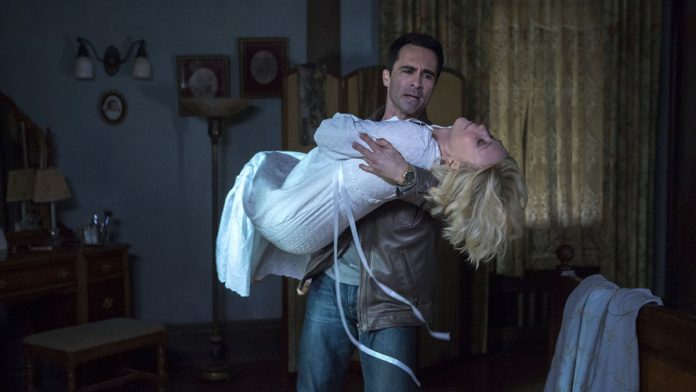 “Bates Motel” goes retro with the re-introduction of one of “Psycho’s” iconic characters, Marion Crane for the show’s fifth and final season.

Basing from the 1960’s Alfred Hitchcock’s thriller Crane is a real estate Secretary who eventually ended up in Bates Motel after pocketing a sum of money from her employer. There, she encounters the motel’s disturbed owner-manager, Norman and even going on a pseudo dinner date together. Unfortunately, she gets murdered via the infamous shower scene where was stabbed to death. Upon discovering of the crime, Norman then tries to cover it up by putting her and her belongings on her car and sinking it into the swamp near their property.

Since “Bates Motel” has diverted from the classic thriller movie in terms of the specifics, it is curious how Crane will fit in with the current premise that the show is. There is not much known in terms of Crane’s role as well as the actress that will play her in the show.

Aside from the re-introduction of the “Psycho” classic character, the long established ones in “Bates Motel” are also in for a roller coaster ride coming to season 5. This is especially true for Romero (Nestor Carbonell), whom in the middle of his grief of losing Norma (Vera Farmiga) was suddenly cornered by the DEA.

Interestingly, just before he was taken in by the authorities, the town sheriff was at his peak in terms of dealing with Norman (Freddie Highmore). Their altercation in the church, as well as his brewing suspicion that his step son has something to do with the death of his wife, will presumably stay on his head as a motivation to get out of DEA’s clutches as soon as possible

I don’t know if [Romero] knew that he was going to beat him up there or kill him, but he was going to confront him and try, at the very least, to get a confession out of him, because he wants to put him away,” Carbonell told Yahoo referring where Romero stands with regards to Norman. “After that whole scene, he’s resolved to basically kill him, which is why he goes back to his office to get his gun.”

Given this, it is safe to say that “Bates Motel” season 5 will have a good chunk of Romero and Norman pitted against each other more importantly since the latter took Norma’s body out of her supposed grave for his own keeping.

'Power' season 4 spoilers: Ghost fights to prove his innocence in...