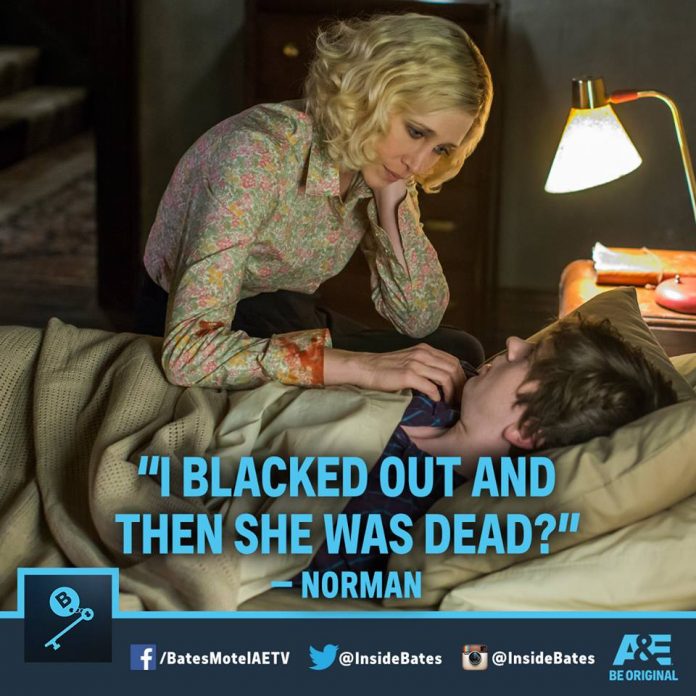 “Bates Motel’s” fifth and final season is still month away from now, but star Freddie Highmore can already attest that their run to the homestretch will bring the show to an entirely different level.

“It definitely feels fresh and new,” Highmore told Gold Derby during a recent chat with the media outlet, referring to the radical change in dynamics for the suspense series.

By the end of last season, “Bates Motel” pulled the ultimate shocker as the show decided to kill off fan favorite Norma (Vera Farmiga) in a very heartbreaking manner. The Bates matriarch was sleeping soundly when Norman decided to execute a murder-suicide of some sort, in an effort to keep his mother to himself. Unfortunately, it was only Norma who bit the bullet as her son was able to survive the inevitable.

While Romero (Nestor Carbonell) is mourning the death of his wife, Norman, on the other hand, appeared to be oblivious of the things happening around him. Season 5 ended with him digging his mother’s body from her grave, bringing it home and treating her as if she was still alive.

“[It will be] reestablishing new rules, and lots of that is gonna take place in [my character’s] Norman mind because [Norma] is actually dead, but to him she’s not. So how that manifests itself throughout the whole season is incredibly exciting,” the actor continued.

Executive producer Carlton Cuse has previously dished out that the next installment of the show will inch the younger Bates closer to his “Psycho” counterpart. This is further proven by the small screen introduction of Marion Crane, the character from Alfred Hitchcock’s 1960 movie iteration.

Despite this, Cuse’s promised that their interpretation of the character and the story as a whole will be very much different from its previous iterations. One way of doing that is making sure that fresh ideas run the writers’ room, which is something that Highmore has been a part of last season.

“I was really lucky in this last season to be a part of the writing team, and write episode 8 [‘Unfaithful’]. [Executive producers] Kerry [Ehrin] and Carlton [Cuse] were so great for letting me into the [writers’] room,” Highmore shared. What’s more is that he will once again put on his creative hat as he will also be part of the writing team this forthcoming season. “Since I’m a part of that process again this coming year… I’m aware of certain trajectory that going to happen,” he said smiling.

The final season of “Bates Motel” is expected to premiere next year, sometime around March on the A&E Network.