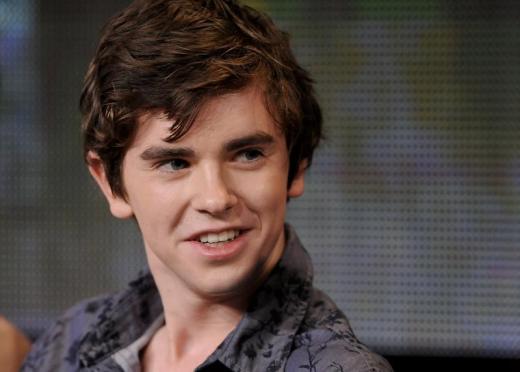 Season 3 saw Norman approach the point of no return in his disorder and Season 4 is when he is fully unleashed as a psychopath.

According to the Christian Post, the death of his mother Norma could push Norman off the brink and push him to the point of losing control.

Norma’s death has already been teased by none other than the show’s executive producer, Kerry Ehrin, in an interview with the publication Entertainment Weekly.

According to Ehrin, she and fellow showrunner Carlton Cuse have already discussed the possibility that Norma could ultimately fall victim to her own son’s murderous tendencies brought about by his mental disorder.

In any case, Norma was due to be killed off, and Ehrin said the murder could happen anytime in the new season.

“It could happen in any episode from now until the end of the series!” she told EW.

The Christian Post suggested that Norma could either be murdered by Norman, or by the gang of criminals that she told Sheriff Romero about. The article noted that Norma’s lack of popularity in the town could also be a factor in her death in the fourth season of Bates Motel.

Ehrin also revealed in an interview with TV Line that Chick Hogan, also known as the “crazy mountain man,” will be returning for season 4, together with other characters from Season 1 of the series.

The International Business Times recalled that Chick was beat up by Caleb after he double-crossed him and Dylan in season 3.

The pair were hired to do a gun run for Chick in exchange for money that Dylan needs to finance Emma’s lung transplant surgery. The pair was double-crossed by Chick’s “partner,” who attempted to kill Dylan, but was killed instead by the father and son using a hidden gun.

They eventually confronted Chick who denied involvement in the matter. Caleb assaulted Chick and stole the money from him, an act which could bring Chick back for revenge in season 4.