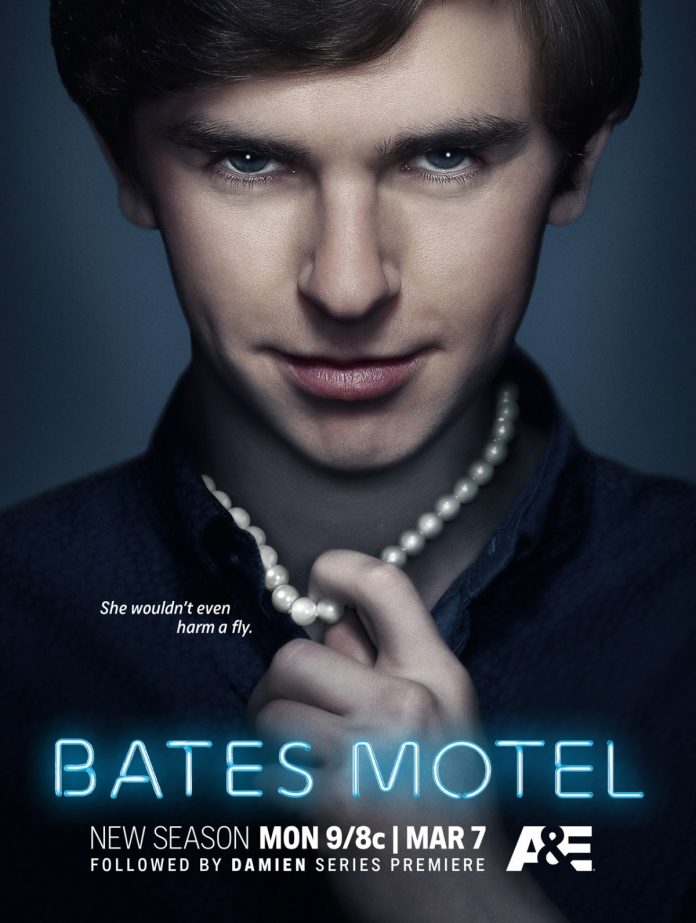 Season 3 revolved around Norman’s mental breakdown, with the finale showing him pretending to be Norma (Vera Farmiga) and murdering one of his friends, Bradley. The upcoming new season teases that the narrative may see him continuing with his new personality, and it may possibly mean that his mother may be in trouble.

The image has actor Freddie Highmore as Norman looking head on to the camera with a sinister look on his face while clutching a pearl necklace. It is accompanied by words that read, “She wouldn’t even harm a fly.”

The first trailer also reminds fans of the film “Psycho,” which the series acts as a contemporary prequel to. The clip opens with a montage of pictures showing a bird, a gun, and Norman shouting “mother, mother!” It ends with, “We all go a little mad sometimes.”

According to Coming Soon, season 4 will further reveal Norman’s downward spiral with his mother growing frightened of him. She will be desperate to help Norman and will seek all the possible options to help him. However, instead of making things better, her actions may lead to more complications as they severe their once unbreakable trust. Nestor Carbonell’s Sheriff Romero will once again enter their lives.

Creators Carlton Cuse and Kerry Ehrin previously announced that they have a five-year plan for the show, which the network agreed to by renewing the show for fourth and fifth seasons.

Executive vice president and general manager of A&E and Lifetime Rob Sharenow previously stated, “The vision of our incredible creative team has exposed the steady breakdown of the relationship between Norman and Norma Bates. We are thrilled to bring fans two more seasons to witness the next stages of Norman’s transformation into the most notorious psychopath in cinematic history.”

Season four of “Bates Motel” premieres on March 7 at 9 P.M. ET, while season 5 will reportedly begin production sometime this year.