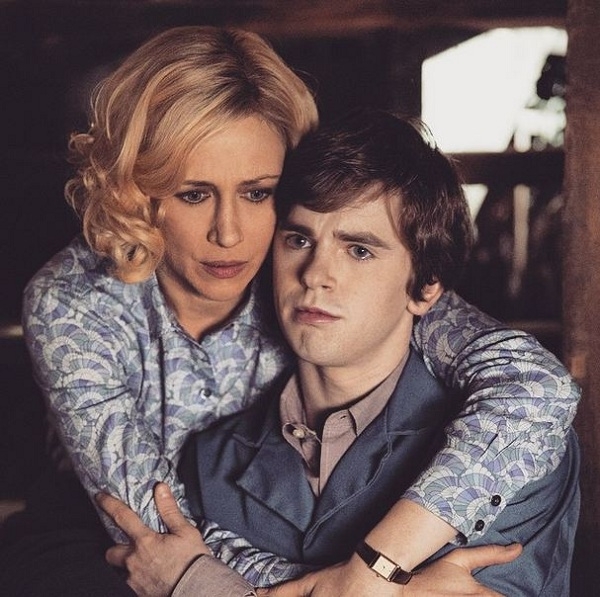 Bates Motel has been renewed for two new seasons, and reportedly, the next season will concentrate on Dylan and Emma’s relationship.

Last on season 3 of Bates Motel, Norman ended up killing Bradley in his alternate personality as his mother while they were planning to leave town. The last season also saw Emma getting closer to Dylan, while gearing for a lung transplant, which ended up with a sweet and intimate moment.

According to a report by Design & Trend, the next season will definitely focus on the relationship between Emma and Dylan, but it is yet unsure how Emma’s body will react to the new lung.

Meanwhile, Romero also admitted his love for Norma when he killed his childhood friend Bob Paris to protect her. The next season will most likely see progress in Romero and Norma’s relationship.

Rob Sharenow, executive vice president and general manager of A&E, speaking to TV Line, said: “The vision of our incredible creative team has exposed the steady breakdown of the relationship between Norman and Norma Bates. We are thrilled to bring fans two more seasons to witness the next stages of Norman’s transformation into the most notorious psychopath in cinematic history.”

Discussing Emma and Dylan’ relationship, show producer Carlton Cuse said it didn’t feel possible for the Dylan and Emma relationship to start to blossom until this point.

“For quite a while we’ve talked about Emma and Dylan becoming more connected. I wouldn’t want to say too much, but clearly there’s more story between them that will unfold next season,” he said in a report by TV Line.

According to a report by The Wrap, the next season will see the return of the Pineview Sanitarium, with Norman getting admitted to the mental health center. Norma tries her best to give him better care and attention, even as Norman keeps rebelling.