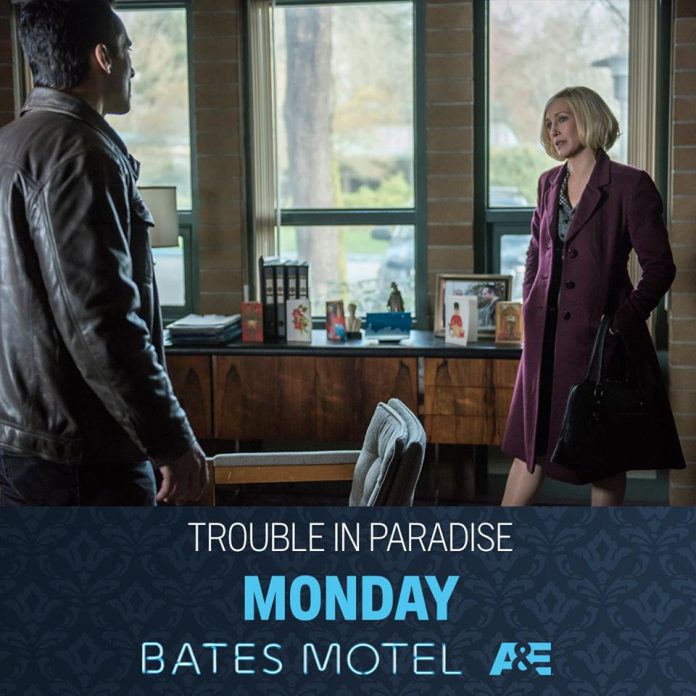 Since checking himself out of Pineview Institute and finding out that his mother Norma (Vera Farmiga) got married without him knowing, Norman has not been adjusting well. His jealousy has gotten him to the point that he continuously spies on the couple, with Alex believing that he is capable of killing him.

Highmore told Entertainment Weekly that it’s not about Alex but more of his character’s connection to his mother. “It’s more about [Norma and Norman’s] relationship and making them both happy and trying to do what’s right for both of them. I think in the scene at the end of [episode] 8, he truly does believe that what he’s saying is true,” he said.

“It’s not hating on Romero. It’s more doing what he truly believes is right and that’s what pushes him into the next episode,” he added.

In a sneak peek, the mother and son are lying on the bed with Norma stating, “We’re supposed to be together, aren’t we Norman?” and the latter replied, “Yes, we are mother. Forever.” The footage then shows the sheriff shouting at his new wife, “He’s dangerous!” while she defends him, “He’s my son! Don’t you think I would know if he’s dangerous?”

Even Dylan (Max Theriot) also warns Norma quipping “You’re trying so hard to protect him that you can’t see what’s right around you!” and even talks some sense to Norman, “Norman, you’re not well.” Alex tries his best again with Norma saying, “He’s got an act in his head and he wanted to kill me.” The clip ends with Norman ominously shovelling what could be a grave while stating, “He’s has no idea what’s coming for him.”

Executive producer Kerry Ehrin teased that in terms of how Norman will go for his mother, “The obsession with Norma and the relationship with Norma is always going to be the driving force of this show.”