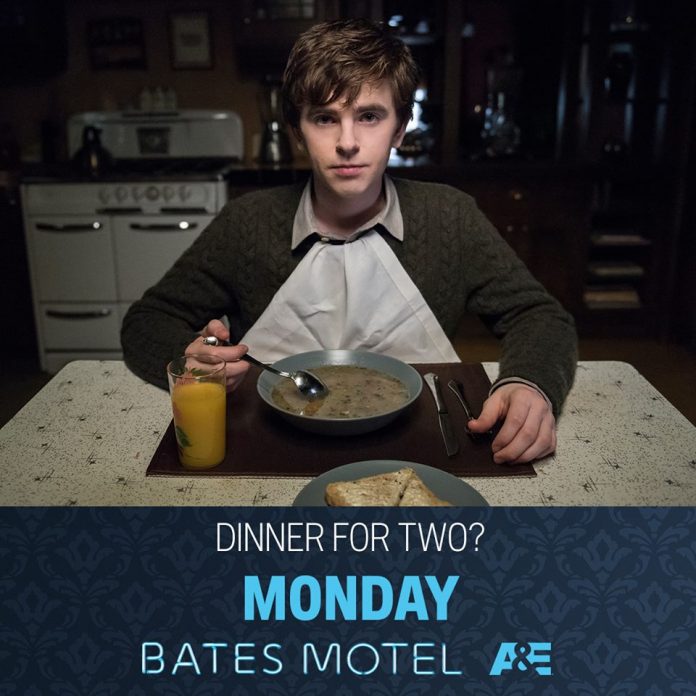 Titled “Norman,” episode 10 follows up what happened to Norma (Vera Farmiga) after her son decided that they will be together forever by committing murder-suicide. Although it remains to be seen if she actually survives the ordeal, the synopsis reveals that the mother-and-son duo will be having more struggles between them.

“The relationship between Norman and Norma faces its toughest test; Romero [Nestor Carbonell] faces pressure due to his actions; and Dylan [Max Thierot] considers reaching out to Norman,” the description reads.

In a sneak peek, Norman is lying on a bed while having a flashback, “Mom, you’re everything to me and I don’t wanna live in the world without you.” Norma then states, “As long as we’re together, nothing bad can happen.”

An action-packed montage then follows, showing Romero slamming Norman on to a wall after he tried to resuscitate his unconscious wife. The clip ends with the sheriff loading his gun while Norman lies on a stretcher with an oxygen mask on.

Executive producers Carlton Cuse and Kerry Ehrin revealed to Yahoo! TV that the upcoming installment will have a “traditional cliffhanger ending.”

“I think it’s so important to us to kind of give a good emotional ending to the season and also to reinvent a little bit and get inside what that looks like. [But] the most shocking thing about it is that it has a little bit of a sense of fun,” Ehrin shared.

Cuse added, “It picks right up where [‘Forever’] left off, and it both sort of pragmatically and, more important, emotionally, answers all the questions that you have coming out of episode 9.”