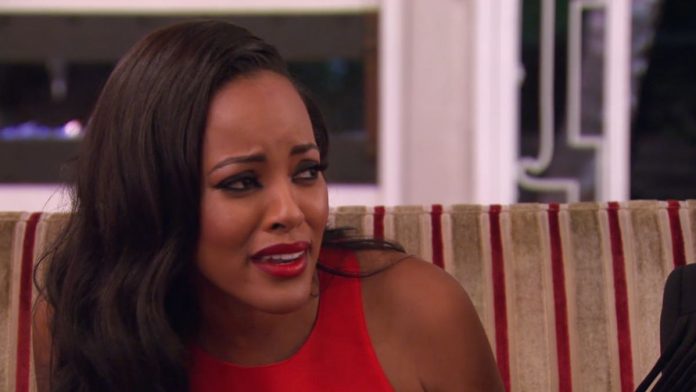 The ladies are back for season four of VH1’s reality series, “Basket Wives: LA,” and this time, viewers may see more drama between Malaysia Pargo, Brandi Maxiell, Draya Michele, and Jackie Christie.

Episode one premiered on July 12 showing Malaysia trying to cope with her divorce from NBA player Jannero Pargo and at the same time, putting some distance between herself and Jackie for her infamous Paris scene last season.

As Malaysia together with Brandi supported Draya at her first fashion show, the girls talked about when to start dating again. Brandi thinks that Malaysia should get back in the game but Draya thinks it may be a little early.

Meanwhile, newcomer to the show Meghan James of “Bad Girls Club,” introduced herself to the group.  However, she seemed to get off to a bad start when she said that she did not know anyone from L.A. even though Draya knows she used to be friends with Jackie.

Jackie on the other hand, tried her best to be on good terms with the gang and as she was given ultimatum and a list of requests to fulfill in order to set things right, it may seem like she has to let her husband Doug Christie have a date with Malaysia.

However, things may not go as Malaysia planned them to be when Jackie agreed to let them do the date. It turns out that Draya said to Jackie that Malaysia and Doug are only having a “meeting.”

“Jackie wants to apologize to them. So they said that she has to do all these things in order for her to be able to apologize and surprisingly she said yes,” Draya revealed.

To which Malaysia quips, “But you missed the point. The point was for me not to go on a date with Doug. For her not to let me go on a date. You didn’t say it right. So that’s why it’s happening, because you didn’t say it right. It wouldn’t happen if you would’ve said ‘date’. I don’t wanna go a date with Doug. I don’t wanna be her friend either. So I figured if she knows that I wanna take him on a date she’ll hate me and leave me alone,” Fashion Style shares.

New episodes of the series air on Sundays 9 p.m. ET on VH1.

'Resident Evil 7' release date update: game will not be a...