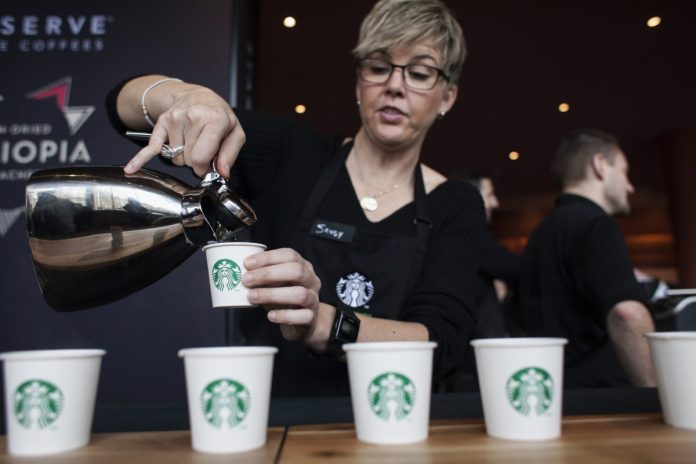 Seattle-based coffee chain Starbucks is now offering wines, craft beer and appetizers to more shops. The company has recognized a potential in the evening crowd aside from its regular coffee drinkers.

The initiative, dubbed “Starbucks Evenings” was first introduced in Seattle in 2010. Starbucks will soon expand the concept to its 12,000 stores all around the United States. According to USA Today, the company expects “Evenings” to garner $1 billion in annual profits by 2019.

USA Today also added that Starbucks is not the first quick-service establishment to offer alcoholic beverages. Burger King and Taco Bell have also added liquor to their menu in some places. Starbucks, however, plans to take the “happy hour” concept to the next level by redesigning stores to reflect its new line-up of drinks. The company also aims to choose locally-produced drinks. Baristas will undergo training in wine and beer, just as they were educated on coffee.

Despite having food options, Starbucks remains a beverages company with approximately 73% of their earnings derived from drinks including coffee, teas, smoothies and sodas. Starbucks receives fewer people in the evenings, as consumers’ need for caffeine typically drops later in the day. Since 2010, the company has been testing the “Evenings” concept. Customers from the Olive Way location in Seattle were the first to try the menu.

The company was initially concerned that its loyal customers would be appalled by the idea, and think that the coffee shops were about to turn into pubs. Starbucks, however, conducted a study that increased their confidence in the “Evenings” concept. The market study showed that 70 percent of its patrons were also wine drinkers. In their company website, Starbucks has also noted that “customers are already enjoying coffee at our stores in the evening, and now, they have more menu options including wine, craft beer and small plates.”