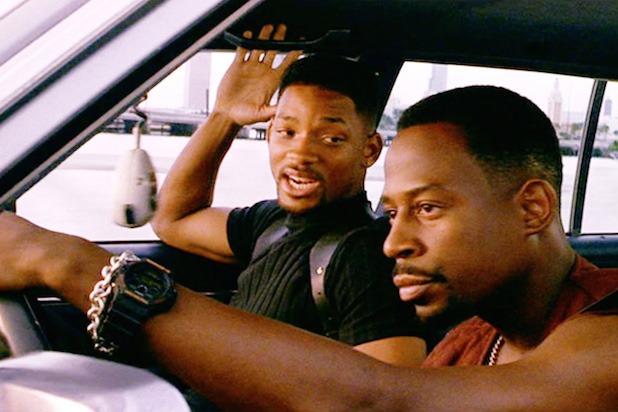 Sony has announced a slate of films that it will be releasing in the next couple of years, and Bad Boys fans are in for a surprise.

This is because Sony will be releasing not one, but two films in the Bad Boys franchise that was first launched 20 years ago and starred Will Smith and Martin Lawrence.

According to ComicBook.com, Sony has given the greenlight to Bad Boys 3 and Bad Boys 4 with release dates of February 17, 2017 and July 3, 2019, respectively.

Lawrence and Smith had starred in the first two films in the series, with Bad Boys 2 released in 2003. The first two Bad Boys films were both directed by none other than Michael Bay, the man behind the first three Transformers movies.

IGN noted that the involvement of the two actors for the new Bad Boys films has not yet been confirmed. However, the report said that The Grey director Joe Carnahan had entered negotiations for re-writing the first draft of Bad Boys 3’s script. A possible director role is also being negotiated by the two parties.

The first draft was written by David Guggenheim, IGN said.

The Bad Boys films featured the stories of two cops who always seem to dip their noses into something they are not supposed to, resulting in hilarious and over-the-top adventures.

In addition to the two Bad Boys films, The Wrap revealed that Sony has announced release dates for 14 other movies in its 2016-2017 slates. These include the sequel for The Equalizer, which stars Denzel Washington, and will be released on September 29, 2017 and the Spider-Man reboot for July 28, 2017.

Sony is also releasing original film Money Monster, which is directed by Jodie Foster and top-billed by George Clooney and Julia Roberts. The film is set for release on April 8 next year.