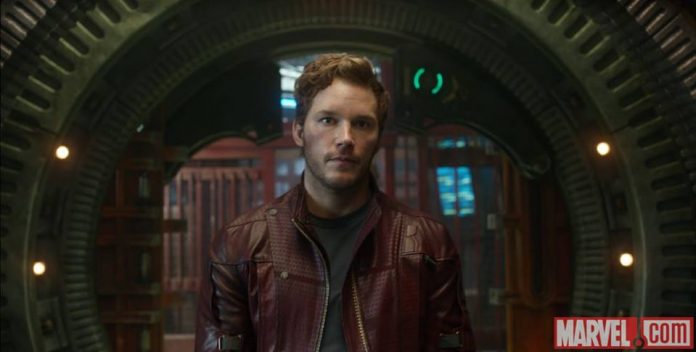 It is no secret that “Avengers: Infinity War” is packed with major characters from the Marvel Cinematic Universe (MCU). After all, it has been dubbed as a cumulative movie for everything that the lore has tackled in the last eight years so it is understandable that each game player in the franchise will be involved in the narrative. Latest reports, however, pinpoint a specifically significant role for Star-Lord (Chris Pratt) in the superheroes’ battle against Thanos (Josh Brolin).

The tip which originally came from a Schmoes Know article, which is now inaccessible but has been cited by other media outlets, shared that the existing script for the upcoming “Avengers” film has Peter Quill peppered into it.

What is interesting is that “Guardians of the Galaxy Vol. 2,” which stars Quill along with his band of extraterrestrial misfits, will not tackle one of the remaining two gems that have yet to be found in the MCU. Instead, it appears that the movie will have a more familial vibe to it with the introduction of Quill’s father in Ego (Kurt Russell) who is supposedly a planet in the comics but will assume a humanoid guise in the film.

Needless to say, it may not be much of a surprise that the Guardians of the Galaxy member is presumed to be roaming similar realms as the Mad Titan. However, it can be argued that the case is the same with Thor (Chris Hemsworth) who has been more involved in the mysteries of the Infinity Gems than Quill. More so, the Asgardian’s direct interest to know more about the stones was hinted at as early as the last few sequences of “Avengers: Age of Ultron.” Given that, it is also highly tipped that at least one of the remaining unknown rocks will make an appearance in the God of Thunder’s “Thor: Ragnarok.”

The speculated entanglement of narratives, on the other hand, can eventually explain Quill’s involvement. Previous rumors regarding “Guardians 2” and “Thor 3” suggest that there will be a pivotal connection between the two cosmic films which also happen to be scheduled for release next year. It is also important to note that both aforementioned standalone films will be debuting before “Infinity War.” Hence, whatever takes place in these movies will definitely have to be referred to in the massive superhero spectacle.

The script for “Avengers: Infinity War” is being penned by Marvel veteran writers, Christopher Markus and Stephen McFeely who were also the writers behind this year’s jam-packed “Captain America: Civil War.” Filming for the flick is said to be starting sometime soon with helmers Joe and Anthony Russo already flying to Atlanta to start pre-production.

“Avengers: Infinity War” will have its theatrical release on May 4, 2018. “Guardians of the Galaxy Vol. 2” and “Thor: Ragnarok,” on the other hand, will come next year on May 5 and Nov. 3, respectively.