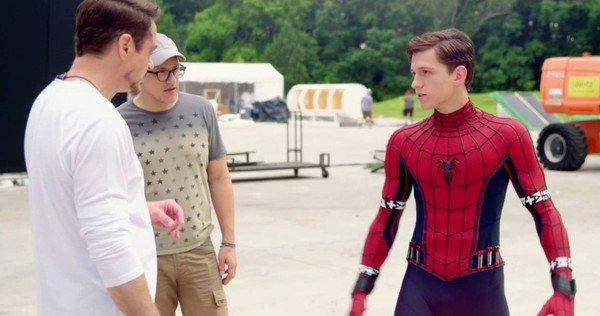 With all the Marvel Cinematic Universe (MCU) superheroes joining the fight against Thanos (Josh Brolin) in “Avengers: Infinity War,” one particular web-slinging character from Queens may not be joining in on the fun. As it turns out, Tom Holland, who now imbibes the Spider-Man character since his debut in this summer’s massive hit, “Captain America: Civil War,” revealed that he still does not know if he will show up in the cumulative film.

Speaking to Variety, the young actor talked about his new gig as the friendly neighborhood superhero and how filming his first standalone project, “Spider-Man: Homecoming” turned out. Given that a lot of positive things have been said in terms of Holland owning the role, it is almost a no-brainer that he is tracking to appear in more movies aside from his own franchise. And what could be a better get-together with his “Civil War” acquaintances than in “Infinity War?” Unfortunately, that doesn’t seem to be the case, at least right now, as he shared that the idea is still “all up in the air.”

“I believe some sort of deal is in the mix, but I’m unclear as to what that deal is,” he explained of the situation, referring to the more technical side of things where both Marvel Studios and Sony Pictures have a say on how his character will be treated as well as presented.

Looking into the whole shebang, there might be a lot reasons as to why the deal hasn’t been locked in yet. Things are different for Spider-Man especially when two giant movie companies are sharing the rights for one very popular character. Marvel and Sony have played nice publicly since they inked a deal to collaborate in 2015. But since it is still a business deal, it can be assumed that a lot of other aspects in the multi-million contract can cause complications moving forward.

For fans who are already freaking out, Collider points out that not including Spider-Man may be solely rooted from the narrative of “Infinity War.” While Marvel Studios has taken creative license in Peter Parker’s story, Sony still has the last say in terms of how he will be portrayed in the movies that he partakes in under the MCU. And since the film is just gearing up to start shooting in Atlanta, some parts of the story may not be set in stone just yet.

Needless to say, it can almost be assumed that Marvel and Sony will be able to get through this snag if there is some truth to it. Both of them are already knee-deep in the partnership and too much is at stake for them to just back down right now. That is on top of the massive potential, creatively and monetarily, that Spidey interacting with other Marvel heroes has.

It is important to note that at this point, “Infinity War” is already a jam-packed project with almost all of the MCU heroes appearing in the film one way or another. But it will definitely be a missed opportunity if they do not throw in the snarky high schooler in the mix as he has proven that he can shine even with limited screen time, case in point: “Civil War.”

Holland is swinging his way to his first standalone with “Spider-Man: Homecoming” scheduled to hit theaters on July 7, 2017. “Avengers: Infinity War,” on the other hand, arrives May 4, 2018.