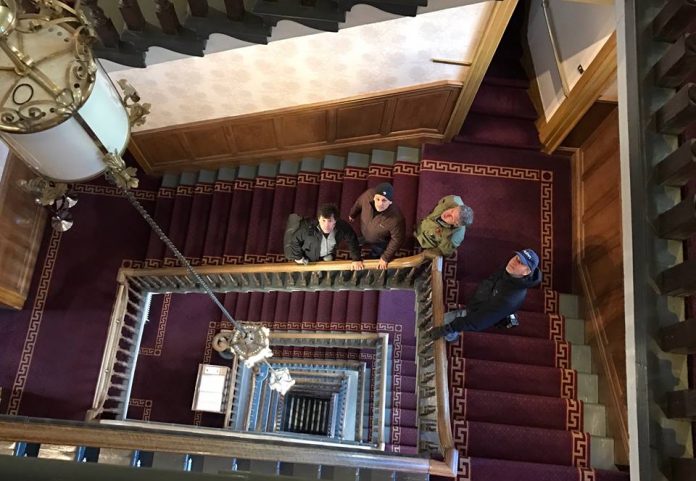 It is mind-boggling to think how invested people are in “Avengers: Infinity War” despite the film still roughly a year and a half away. Chalk it up to the bits and pieces that Marvel has been planting in every movie leading up the spectacle. After all, the whole franchise is deemed to be interconnected in some ways and more often than not, all their individual films should be interweaving with one another.

The recent release of “Doctor Strange” has sparked brand-new interest on where the Marvel Cinematic Universe is headed. Fans know that “Infinity War” will feature Thanos (Josh Brolin) as the big bad, but given that Benedict Cumberbatch’s magic-wielding hero is a game changer, it is safe to assume that his involvement in the upcoming Russo Brothers (Joe and Anthony) film will be a huge one. Needless to say, Marvel Studios president Kevin Feige plays the Ancient One for “Infinity War” almost trying to say “forget everything you know.”

“In the immediate future, being the movies, we’ve announced… I think those with knowledge of the comics may expect things that will not be happening in the movies. Those who don’t know what has happened in the comics will be shocked at what we do,” the helmer of the MCU told /Film in a press session. One thing is for sure, though, the race for the stones and the gauntlet is still pushing forward. What has yet to be announced is how it will play out in the narrative of the film.

More recently, the Russo Brothers updated fans from their pre-production work and uploaded an interesting photo of them going down a grandiose staircase almost reminiscent of Strange’s Sancta Sanctorum. While it has not been disclosed whether the set will be for “Infinity War” or the yet to be titled “Avengers 4,” it is interesting how the exquisite mansion will fit in the story they are crafting.

Some fans are speculating that it could actually be the Avengers Mansion in the flesh; however, that might seem to be in discord with how the comic book iteration of the large house is supposedly in Manhattan. But with Feige already saying that almost anything is possible, this theory cannot just be flippantly ruled out. Another hint is that the photo may not be in Atlanta where most of the filming is scheduled to be done. Just basing it on the thick puff jackets that the brothers are wearing, it may be somewhere else experiencing colder climate at the time the photo was taken.

Whatever happens in “Infinity War” and subsequently in “Avengers 4,” the repercussions will be resonating in the future of the MCU moving forward. Feige himself confirmed it in a separate chat with Toronto Sun.

“Where we go after Avengers; what those 2020 films are, we’re pretty sure what those are going to be… but if I tell you that, we’re getting into spoilers,” he said.