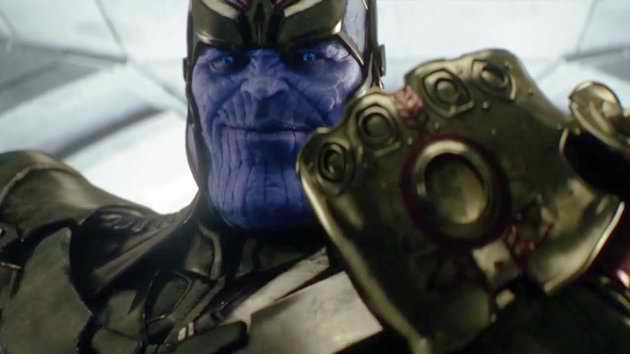 In a recent interview with The Huffington Post, the writers of the upcoming epic adventure film revealed that they will be giving Thanos a lot more screen time this time, as this film will focus on him.

Thanos was introduced to the Marvel Cinematic Universe (MCU) when he was first shown at the post-credits scene of the 2012 blockbuster hit “The Avengers.” He also made an appearance in the 2015 blockbuster “Guardians of The Galaxy,” which showed him in full view for the first time. Most recently, he made a very brief appearance at the post-credits scene of the 2015 sequel film “Avengers: Age of Ultron.”

Throughout the years, people found out that Thanos is gearing up for something big as a villain. This, according to the writers, is the challenge that they are facing, considering that despite being in three films already, Thanos barely had a minute of screen time, all of them combined.

“There’s an aspect of, you know, people know what’s coming, so our challenge is how best are we going to handle this somewhat known quantity,” Markus said. “But also he’s barely been touched on. He’s at about 20 seconds of screen time.”

As for McFeely, the anticipation that they have built around the character of the Mad Titan is actually an advantage, as they no longer have to build up the audience’s interest in order for him to have an impact on them.

“He hasn’t had an amazing scene,” he said. “I think it’s an advantage ultimately, right? Because people are anticipating this guy coming in and really delivering the goods. So, I think they’re eager, and we just have to deliver it. We don’t have to convince them that he’s gonna be interesting. We just have to execute what has been teased.”