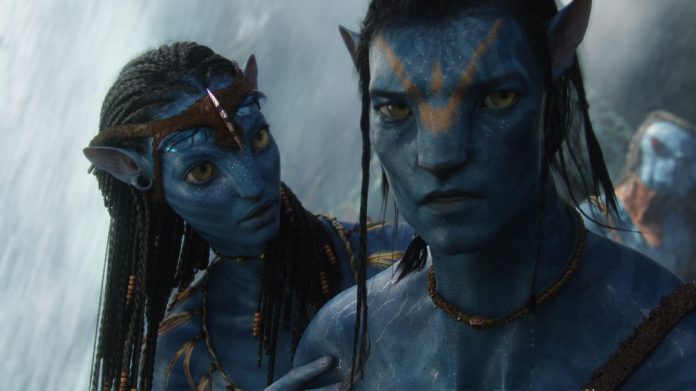 “Christmas of ’17 is the target,” James Cameron confirmed, as he spoke with the Montreal Gazette regarding the much anticipated sequel to his 2009 “Avatar.”

“At least, that’s what we’ve announced. But I don’t consider that to be as important as the fact that when we get all three films done, we drop them a year apart. I call it a meta-narrative that runs across the three movies. Each film stands alone, but it also tells one much larger story. We have design more or less finished, which is an enormous task. It’s been about a two-year task. (We’ve finished) all the creatures and the landscapes, and the new worlds within the world of Pandora that you see. The writing is ongoing, but almost finished. Technical development is done. Stages are done. Infrastructure. So we’re really poised to start after the first of the year,” the award winning producer, director, and writer revealed.

“Avatar” is not only the highest grossing movie of all time worldwide but it is also critically acclaimed tackling the world of Pandora in the mid 22<sup>nd century. As per the rumored plot of the story, actress Zoe Saldana, who plays Neytiri has confirmed that the movie will take a more emotional turn. It is possible that the huge war between humans and Na’vi will play an big role in what Zaldana said as it might be very well be the reason why her character and Sam Worthington’s Jake Sully have been forced to be apart each other.

On top of Saldana and Worthington, another familair face in Stephen Lang, who played Col. Miles Quaritch will also be coming back to the fgrowing franchise. Quaritch was one of the antagonists of the film being the ruthless head of mining operation’s security detail. However, it can be remembered that in the first movie, the character was killed by Neytiri and it is interesting to see how Cameron will be weaving his character back in tge story.

“It’s a closing loop now,” said Cameron while also adding that he has mined some ideas through world renowned Canadian theatrical company. “I was inspired by the Cirque du Soleil shows, with their celebration of human physicality, with their made-up culture, their made-up languages, that sense of a wondrous transport to a different world. It was very much in my mind when I was creating ‘Avatar.'”