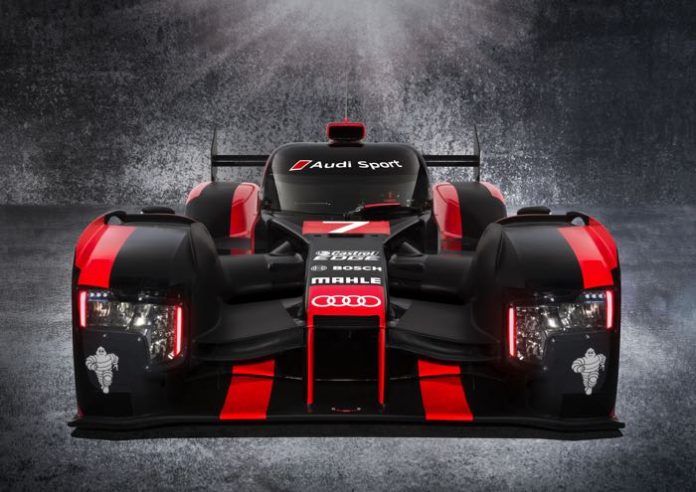 Audi has unveiled its latest race car that will compete in the FIA World Endurance Championship series at Le Mans which is traditionally a test of endurance, power, handling, reliability, and efficiency.

All eyes are trained on Audi as it has set the bar high in the race, winning eight out of 10 races with the use of turbocharged diesel hybrids in recent years.

The details for its latest car for 2016 remain vague but is touted to “represent the next stage in lightweight design.”

According to a report by Wired, the design of the new vehicle looks quite similar to the outgoing R-18 quattro but the main difference will be with the use of lithium-ion batteries that will replace the flywheel. This is expected to benefit the energy storage capacity of the race car.

Audi has announced that its V6 diesel engine will be “efficiently optimized” as well.

It makes sense that the 2016 race car is quite similar to its predecessor as Audi Sport announced that it is basically a redesigned version of the Audi R18 for the 2016 season.

“With our new Audi R18, we’re setting a clear signal: Audi continues to put the pedal to the metal in motorsport, deliberately relying on TDI the world’s most successful automotive efficiency technology at Le Mans,” Head of Audi Motorsport Dr. Wolfgang Ullrich said in a statement from the company.

Aside from the improvements, the car is also expected to feature innovative aerodynamics, a lightweight design, and a modified hybrid system.

The 2016 FIA World Endurance Championship (WEC) will start at Silverstone on April 17. Both Audi and its sister brand Porsche, in the interest of cost efficiency, have agreed to field only two instead of three race cars in the Le Mans 24-hour race.