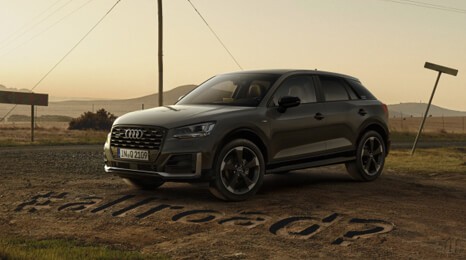 Audi has entered the market of compact SUVs with its upcoming model dubbed as Audi Q2, which features fashionable facade and bolder design as it is believed to target younger consumers.

According to Pocket-lint, the German automaker’s first ever crossover that debuted at the 2016 Geneva Motor Show may compete with the likes of Mini’s Countryman and Mazda CX-3 with its size and high-end specifications in a refreshing style. It is the fourth and the smallest offering in the Q series.

The front face is formed in flat and upright direction with the signature six-point full depth grille shaped into it. While the side has interesting intersections made by the chamfer that only runs across the door area and a floating blade C-Pillar. The dimension measures 4.19m in length, 1.79m in width and 1.5m in height with a relatively light weight of 1205kg. It is being offered in several colourful trims and finishes including yellow, red and orange with list of options for customization inside and out.

Inside the cabin, it retains the dashboard similar to A3 which is reportedly loved by the consumers with the incorporation of A4’s high quality 5.8-inch MMI central infotainment screen and 12.3-inch Virtual cockpit display that has replaced the standard dials. These can be controlled using the familiar rotary dial. The seating makes the most of the space as there is an option of 40/20/40 split-folding seat.

There is also a unique LED ambient lighting system projecting light in the panel gaps that changes designs when day and night.

Under the hood, the Audi Q2 has both petrol and diesel lineups. The petrol will have the same 1.4 TSI Cylinder on Demand Unit that can pump 148bhp while a more powerful Quattro and auto-only 187bhp 2.0 TFSI will also be available. The diesel range on the other hand is consists of 115bhp 1.6 and 148bhp 2.0 TDI for the meantime, with the Quattro four-wheel drive to be offered down the pipeline. All engines will have the option to get the latest seven-speed S-Tronic gearbox with decoupling function and even a variable dampening with 10mm lower sports suspension kit.

The Audi Q2 will sell around 22,00 and will hit the market sometime this spring.