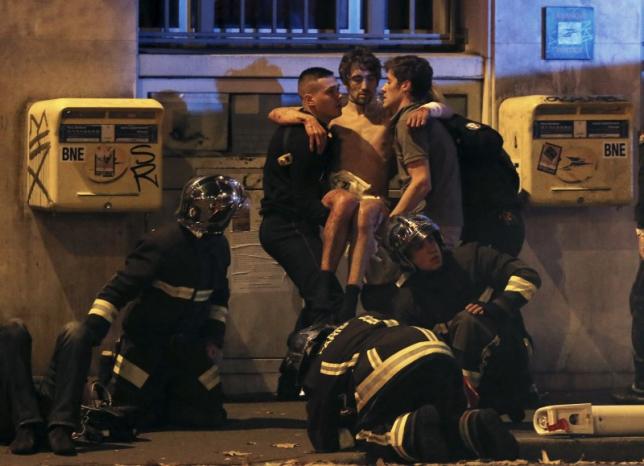 Friday’s suicide bombings and shootings in Paris killed 129 people. But France expects to compensate more than 2,000 after the unprecedented attacks a payout likely to strain the country’s compensation fund and prompt changes to how it is financed, authorities and lawyers say.

As police hunted for fugitives and the investigation widened to trace the path of the attackers, France’s public prosecutor was compiling a list of victims to give the Guarantee Fund for Victims of Terrorist and Other Criminal Acts, or FGTI, which pays victims of designated terrorist incidents.

The fund, created by the French government in 1986 and financed by a tax on each of the 80 million car, house and business insurance policies in France, will then begin the compensation process.

Each person killed would typically have up to 10 family members who would be considered victims, said Franoise Rudetzki, a member of the FGTI’s board of directors. The fund reimburses individuals of any nationality and counts spouses, children, parents, siblings, grandparents and grandchildren among those eligible.

There are also 352 people injured plus many more who were present at the besieged restaurants or at the Bataclan, a concert venue with a capacity of 1,500. That will bring the total to more than 2,000 the largest amount the fund has ever faced, Rudetzki said.

Payment will vary. The families of someone killed, for example, can expect to receive around 20,000 to 30,000 euros ($21,490-$32,235), according to Paris-based lawyer Graldine Berger-Stenger, whose clients include victims of terrorism. Families might get an additional payment for economic hardship from a death, according to a FGTI spokesman.

Because of the fund’s financing scheme, less money is available than in other countries. In Italy and Spain for example, compensation to terrorism victims is funded directly from the government budget and can include a life-time, monthly payout.

After the Sept 11 attacks in the United States, the average award from a special fund set up for victims was more than $2 million per payout.

Still, for the French fund, the sheer number of victims in what is the worst atrocity in France since World War Two, means compensation is likely to become a considerable strain.

Even before the latest attack, the fund was running into deficits. Changes to French law in recent years led to an increasing number of victims of non-terrorism crimes turning to the fund, while the tax remained unchanged since 2004.

The fund had to dip into its 1.2 billion euro reserve, made up of investments like stocks and bonds, for payouts, according to FGTI spokesman Guillaume Clerc.

The fund had a deficit of about 200 million euros in 2014, and 171 million the year before that, said Clerc, adding that the reserve would have been exhausted in seven or eight years without a boost in revenues.

Clerc said that because of the reserve and a recent increase in the tax on insurance contracts the fund “has the means to reimburse all of the victims. There is no worry about that.”

Concerns about the fund have been mounting, however. In November, 2014, France’s finance ministry issued a report saying that if the fund’s finances did not improve, its ability to handle a catastrophic event like 9/11 could be jeopardized.

On Oct. 30, just two weeks before the latest attacks, the government announced that the current tax of 3.30 euros ($3.53) per insurance policy would be raised by one euro, beginning on Jan 1.

An official with France’s Ministry of Justice said that if the hike is still insufficient, “additional financing will be provided to the fund.”

The official, who declined to be named, said that the government is considering changes to the system. “Our thinking about the future of the fund also focuses on its continued financing,” she said.

Given FGTI’s challenges, Friday’s attacks should prompt authorities to review how the agency is financed, said lawyers who regularly deal with victims.

“If you look at the number of deaths and injuries, it has not been seen before,” said Berger-Stenger, the Paris-based lawyer. “A tax on insurance contracts is insufficient.”

Compensation through the fund is important, attorneys said, because the ability of victims to themselves sue perpetrators of criminal acts is limited in France. Typically victims become part of the civil portion of a criminal trial, where damages awarded can also be relatively small.

The fund was created in 1986, in part through pressure from a now-defunct victims’ rights group created by Rudetzki, who was herself injured in the bombing of a Paris restaurant in 1983.

Since its debut, it has reimbursed more than 4,000 victims of terrorism, including 200 related to the shootings in January at the satirical newspaper Charlie Hebdo and other places that left 17 dead.

Guillaume Denoix de Saint Marc, founder of the Paris-based Association for Victims of Terrorism, said the fund works “not badly” and advances money quickly to deal with the cost of funerals and other expenses.

However, he said victims often have to fight for payments and sometimes are not considered victims at all. He pointed to the Spanish and Italian compensation regimes as potentially offering more support.

Clerc said the FGTI is not obliged to compensate everyone, only those it believes is impacted by an attack. “We can’t compensate everyone in the 11th Arrondissement,” he said, referring to one of the neighborhoods under fire last Friday.