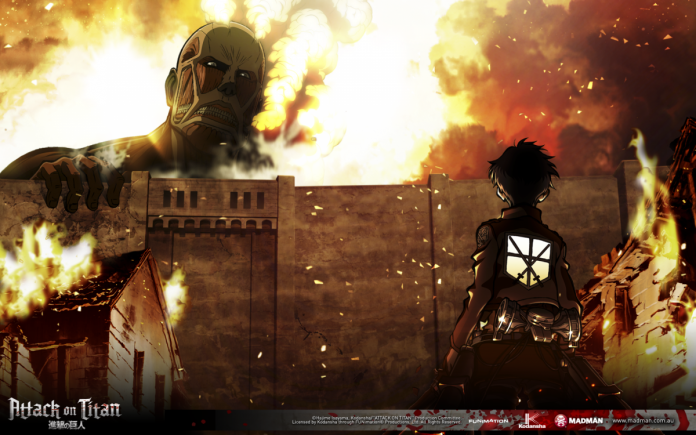 Viewers waiting for season 2 of hit animated series “Attack on Titan” may finally mark down their calendars as the anticipated release date has been scheduled.

According to iTech Post, following the massive success of the freshman run, the new season will hit the small screen sometime in February 2017. It is believed that production for the adapted show has been finalized recently including the narrative and new characters.

However, instead of being a direct sequel, the narrative may include independent storylines as some chapters from both “Clash of the Titans” and “Uprising” arcs maybe tackled.

When it comes to the characters, a new oversized Titan, which happens to be a shapeshifter who possesses human-like intelligence, maybe introduced. The Beast Titan is expected to be Zeke, who is described to show interest in 3D Maneuvering Gear and has the amazing ability to talk.

Aside from the human-eating monster, the sophomore run may also highlight Krista Lenz as she is believed to be named Historia Reiss and part of the royal family. As the illegitimate daughter of King Rod Reiss and the heiress to the throne, she will be caught between staying faithful to her ancestors and her responsibilities as a member of Survey Corps. Since there is a rebellion brewing on the horizon, it remains to be seen where her true loyalty lies.

Meanwhile, rumors are rife that Armin could potentially transform into a Titan. If this comes to fruition, Eren is expected to be filled with fear. Elsewhere, Levi and Mikasa may find themselves falling for each other as they bond over having similar strengths and skills in combat. But they will encounter some hurdles that will put their alleged relationship on a point of no return.

Since there is no available synopsis for season 2 of “Attack on Titan,” available information should be taken with a grain of salt. More information is expected to be released in the following weeks.

'Fallout 4' DLC release news: Vault-Tec Workshop and Nuka-World to be...