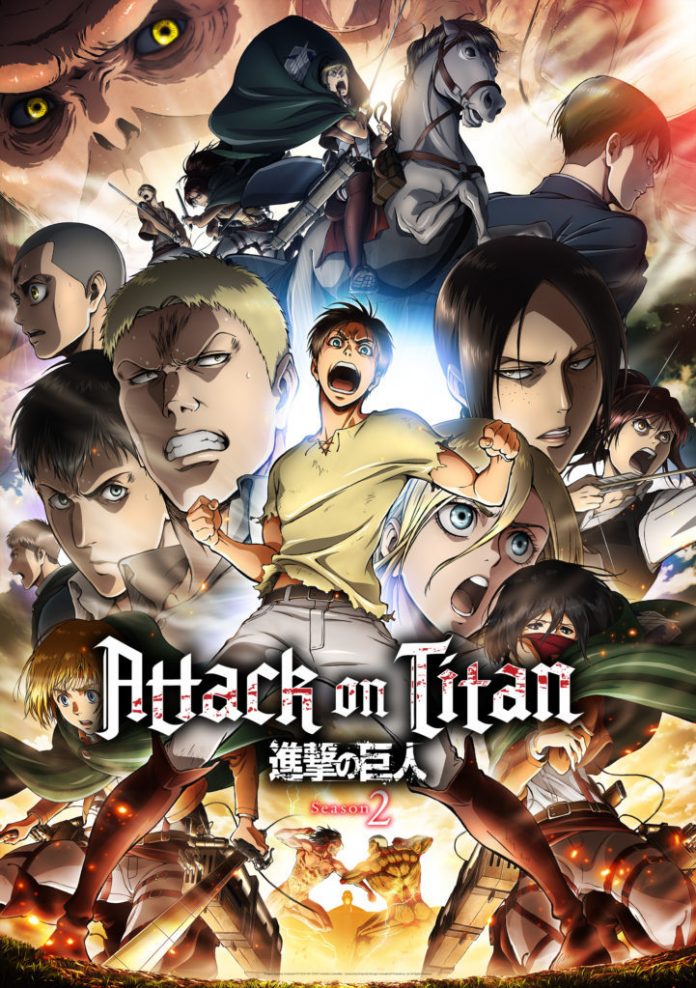 The flesh-eating giants are returning in an attempt to wipe out the human race in the second season of “Attack on Titan,” which will premiere on April 1. It should be noted that the first season of the Japanese animated series concluded in 2014. Thus, it’s just right for the fans to look back on the events that happened in the previous installment.

In an effort to refresh the memory of the series avid viewers, Funimation has announced on Twitter that there will be scheduled recap films prior to the season 2 premiere.

The first season was composed of 25 episodes. The 120-minute recap movies, “Guren no Yumiya” and “Jiyuu no Tsubasa,” will be featured on select Reading and Alamo Drafthouse cinemas.

The “Guren no Yumiya” film will chronicle the events that happened on the first half, while “Jiyuu no Tsubasa” will cover the second half of the first season.

A recent report from Facts Herald indicated that the upcoming season would extend the Titan versus humankind battle, with new characters to be introduced. The report was based on the discussion between Tetsuro Araki and Masashi Koizuka, the directors of the animated show.

With the aid of Hajime Isayama, the manga creator, the directors confirmed that new titans will emerge. Unlike the previous season which had a majority of action, the second installment would give equal emphasis on both the storyline and action.

As seen in the teaser trailer for “Attack on Titan” season 2, a vast army of humanoid giants is heading towards the great walls that house the human society. Apparently, there’s a breach at the second outermost wall.

Eren and his troupe of warriors are shown sweeping away the gigantic beasts. It seems that the Survey Corps are mobilizing for a mysterious journey.

There’s also a scene wherein a horseman is facing a furious titan, while an average-sized giant is digging through the bodies of other giants.