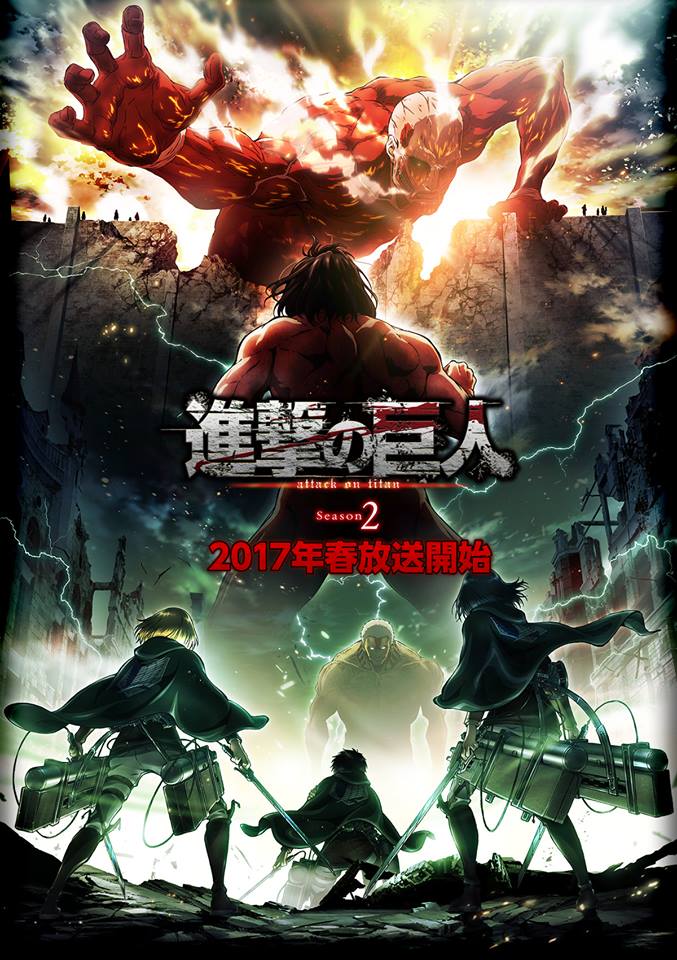 It has been a while since the last time fans of the anime adaptation of Hajime Isayama’s manga series, “Attack on Titan,” saw it on the small screen. The first season did manage to lure viewers in Japan and other countries due to the popularity of the manga in itself; so it doesn’t really make sense why it’s taking so long for a new season to come out.

But as the old adage says, patience is a virtue, and fans of the series will finally get what they want as the premiere of “Attack on Titan” season 2 has finally been confirmed. The new installment will be released in the spring of 2017, according to the information given during a fan event on July 3.

However, there still are no further details about the storyline of the second season and whether or not it’ll serve as a continuation of the events in the first. For those who religiously follow the manga source material from Isayama, they pretty much can expect the new season to showcase the events in it, especially since the creator didn’t stop drawing when the anime series was in hiatus for more than three years.

“Attack on Titan” is a story of a group of humans who are the last known survivors on the planet. They built a fortification, or more like a fortress, within a city in order to shield themselves against giants who are just outside the bounds of the city. The reason why they locked themselves in is because the giants would eat and devour them. The manga and series’ main feature is one boy who might be carrying the secret on how to defeat the giants.

Spring of next year is still a long way to go, but fans of the popular anime series should be relieved that Isayama and the showrunners finally gave in to the clamor by officially announcing the premiere date. So now, the waiting game begins.