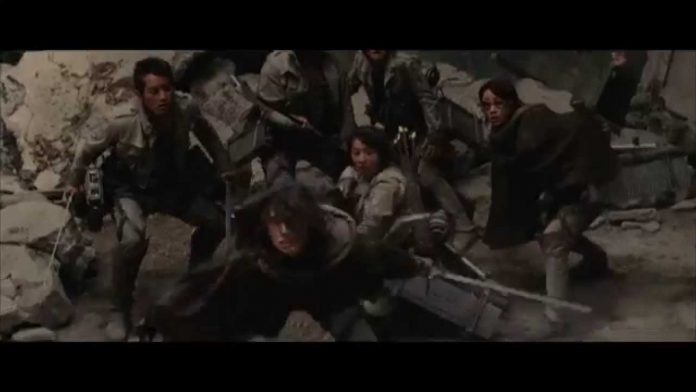 Avid Attack on Titan fans are going to notice that, in the slew of promotional materials, the character of Levi is absent.

Fans will be disappointed to know that, not only is Levi absent from the film, there will also be many changes to the personalities of the main characters and their relationships with each other.

According to iDigital Times, the production team hads made several crucial changes that will definitely set off the purists amongst the Attack on Titan fan bases. One of these changes is protagonist Eren Mikasa’s attitude towards the Titans.

Instead of being a teenager driven by the desire for revenge against the gigantic enemy, iDigital Times said that Eren in the live action films will be afraid of the Titans. A romantic angle, which is absent from the animated series, is present in the live action films, with Mikasa representing Eren’s love interest and the person who provides him continually with motivation in the fight against the Titans.

Levi also will not be present in the movie, even though he played a major role in the second part of the anime series’ first season.

The Anime News Network reported that Levi was ultimately excluded from the list of characters due to the production team’s decision to change the setting of the story from the European-like setting of the anime and manga to modern Japan.

The films’ screenwriter Tomohiro Machiyama explained that Levi’s name will not fit into the Japanese setting, since the character for the sound “vi” is not something a Japanese will typically use.

Machiyama also explained that the change in Eren’s personality was made at the request of the manga’s creator himself, Hajime Isayama.

“Please change Eren’s character,” the author had reportedly requested of the film’s writers. Isayama said that he wanted Eren to be more relatable, so he has to be an ordinary teenager who would be scared senseless at the sight of a Titan.